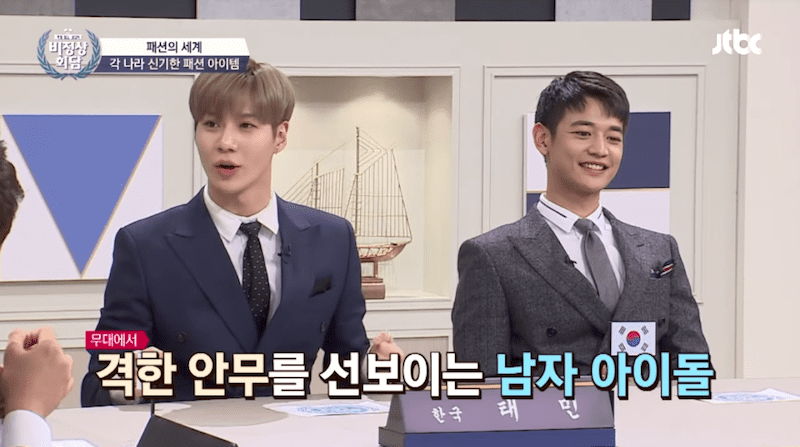 On this week’s episode of “Abnormal Summit,” SHINee’s Minho and Taemin shared some tricks of the trade that idols use for their stage outfits.

Taemin revealed that when idols wear suits, they often attach the bottom of their dress shirts to garter belts using clips and bands in order to prevent the shirts from riding up while they dance onstage. 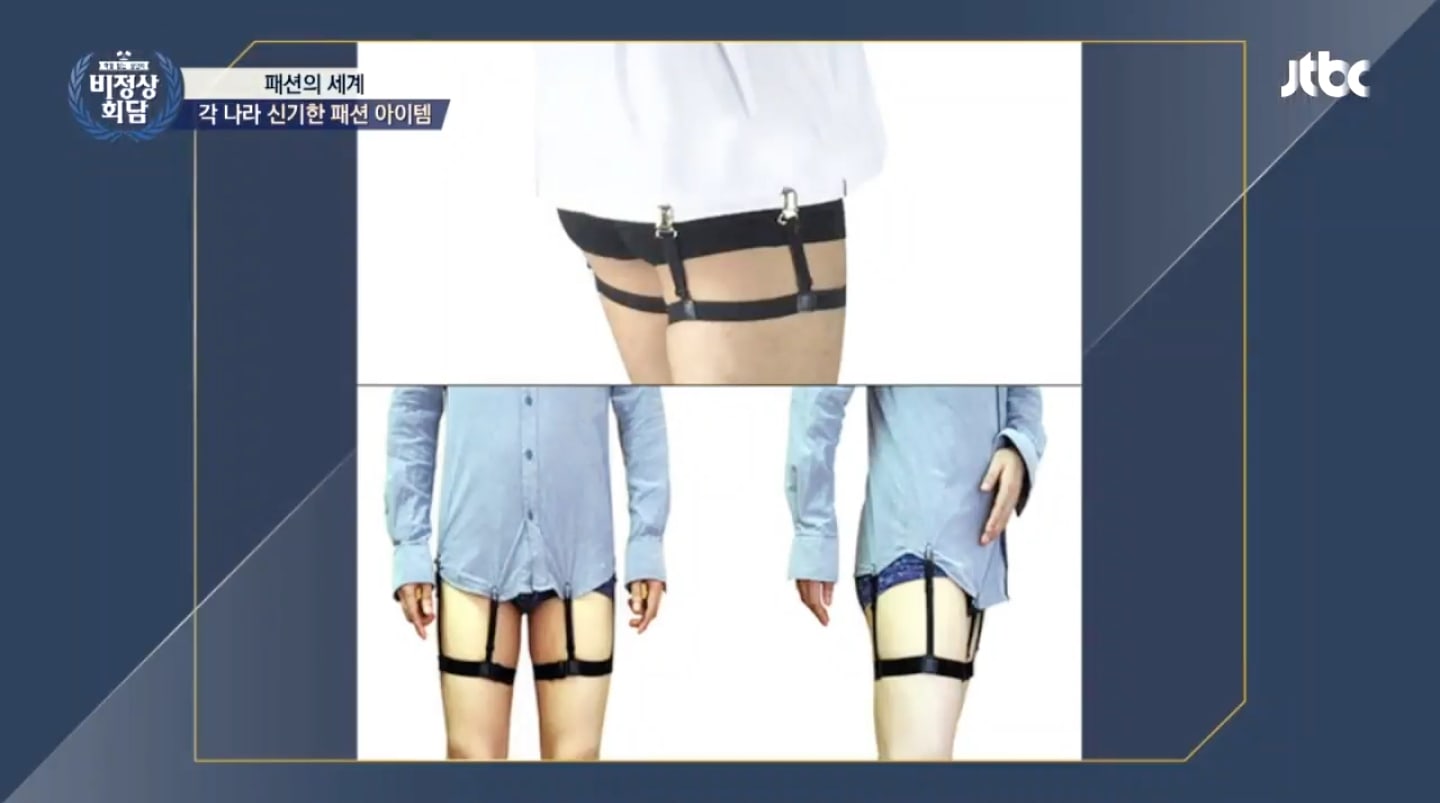 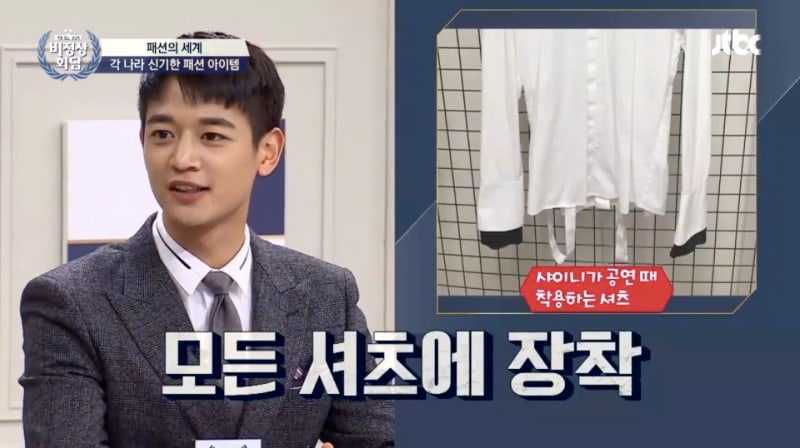 He explained that without the garter belts, the powerful dance moves that idols perform in their choreography would cause their shirts to slip out.

Minho added, “The first time I saw this was when I went to see TVXQ’s concert. They were putting their shirts on feet-first.” When he asked about it later on, he learned that it was a method of keeping idols’ shirts tucked firmly into their pants. Though the accessory might look surprising to those outside the industry, the SHINee member stated that it is a necessity for concerts, and his stylist has attached the bands to all of his dress shirts.

Minho also spoke about the challenges of quick changes behind the scenes, explaining, “At our concerts, we have to change our entire outfit within three minutes. Jackets and pants slip right off, but shirts have buttons. Fastening the buttons takes too much time.”

To solve this problem, idols’ stylists cut their dress shirts open in the back and attach Velcro fasteners. This way, the idols can save time by using the Velcro to quickly change in and out of the shirts, without ever having to undo a single button. 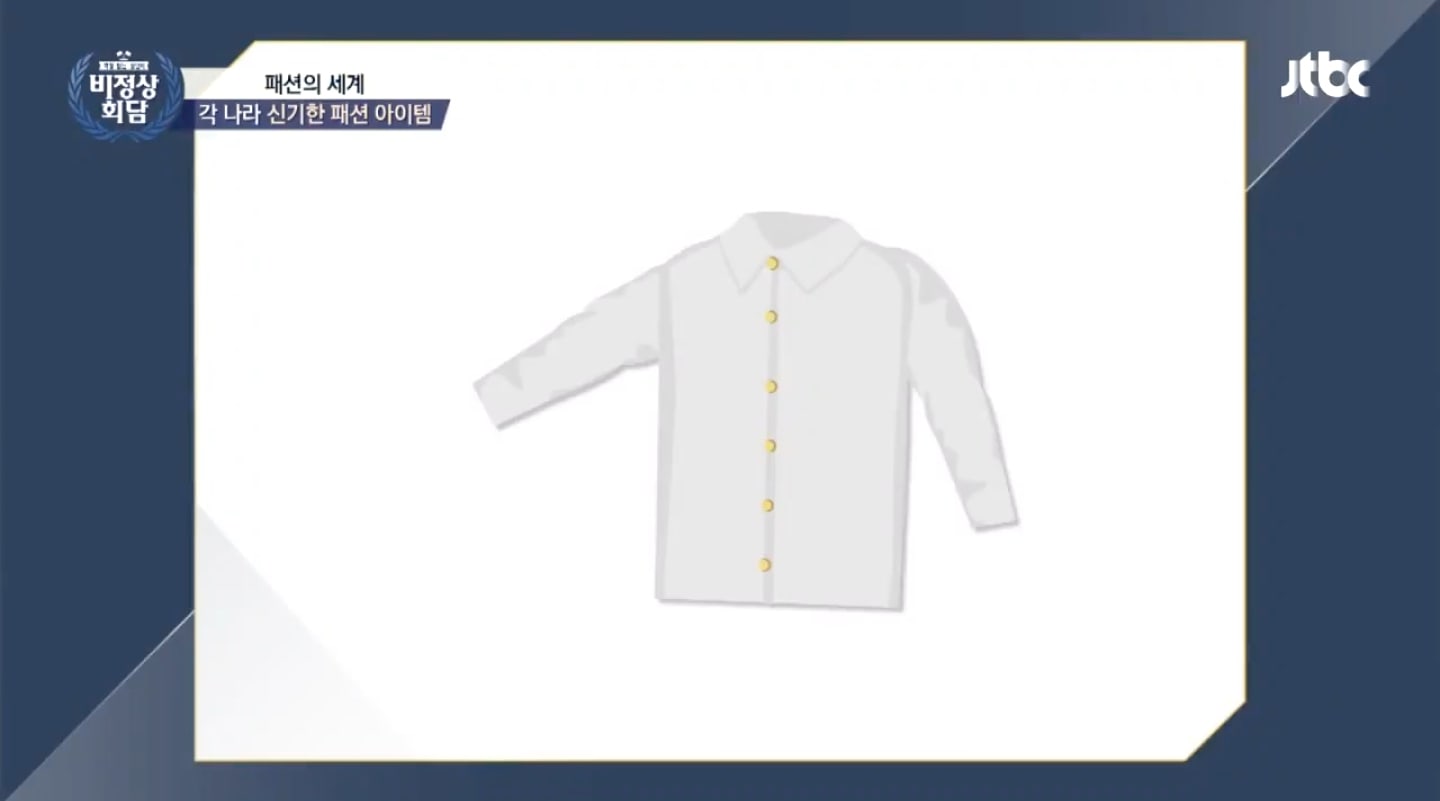 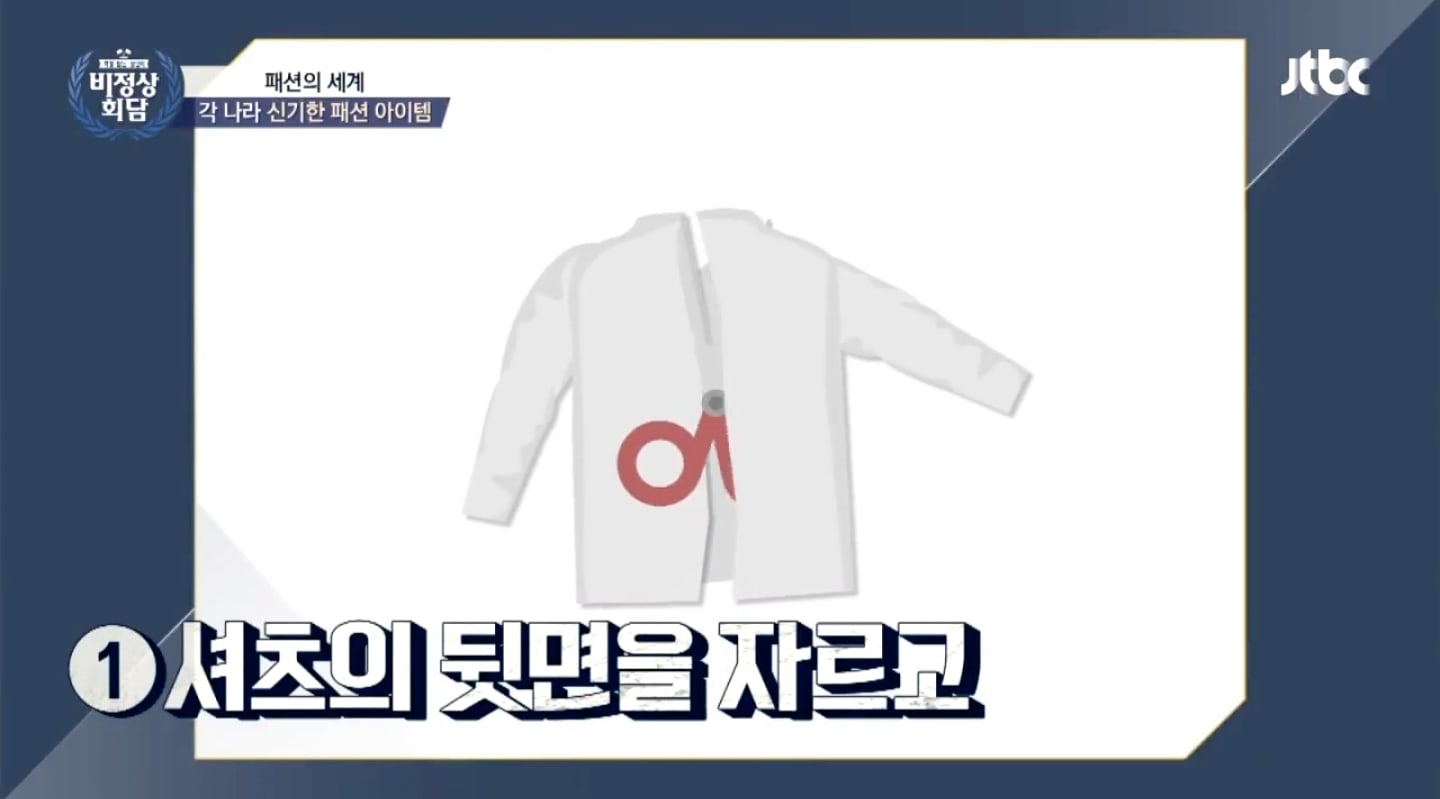 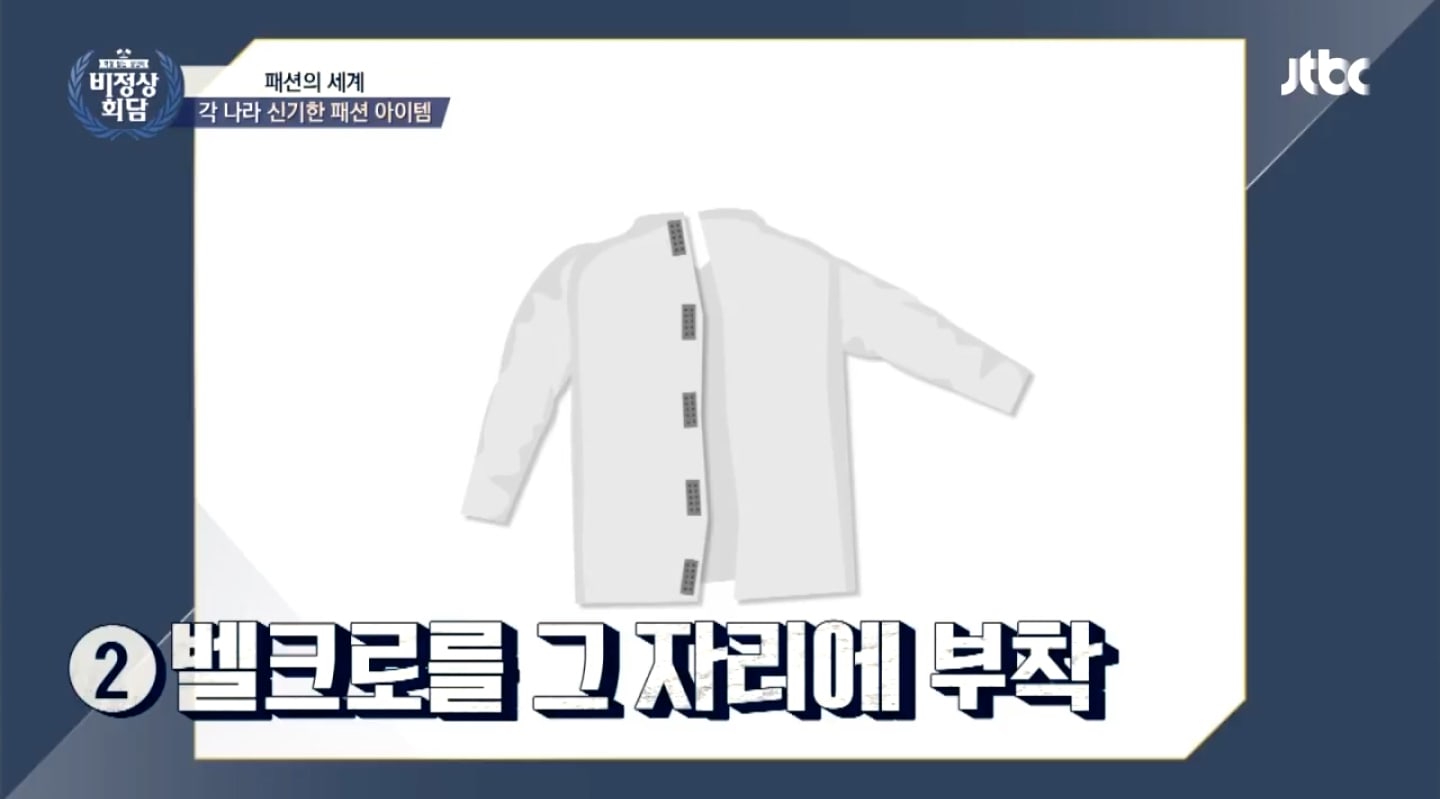 Minho described it as being “like Iron Man,” saying, “You slip your arms in, and they can snap the back shut right away!”

SHINee
Abnormal Summit
Minho
Taemin
How does this article make you feel?