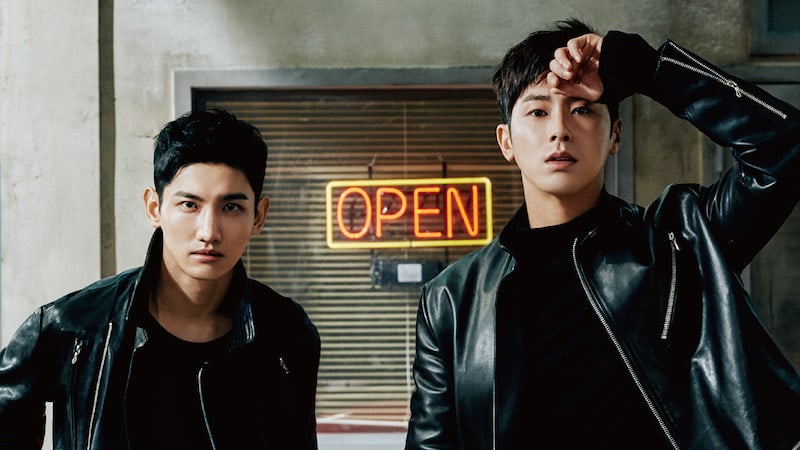 TVXQ has yet again set another impressive record in Japan!

As of October 31, TVXQ’s newest Japanese album ‘FINE COLLECTION ~Begin Again~’ has recorded approximately 130,000 physical sales in its first week since its release on October 25, and has taken first place on Oricon’s weekly album chart.

Oricon also announced, “With [this album] ranking first place, they have recorded first place a total of six times on Oricon’s weekly album chart. This is the most No. 1s a foreign male artist has achieved on this album chart.”

TVXQ was previously tied for this record with Simon and Garfunkel and Bon Jovi, who each currently have five first place wins on Oricon’s weekly album chart. With their newest album taking first place, TVXQ is now the sole record holder.

Yunho commented, “Thank you for the first place spot. Thank you very much for waiting for us. We’re excited that we’ll be able to meet you all in person since we have our five-dome tour that will start [soon].” Changmin added, “I was nervous to start over again [after the military], but I am so happy to hear the news about [our album being] first place. I hope many people will listen to ‘Begin Again’ as it is a commemorative album filled with lots of memories.”

TVXQ will also be the first foreign artist to have held a five-dome tour across Japan three times after their upcoming concerts. Their third dome tour “TVXQ Live Tour 2017 ~Begin Again~” is set to start at Sapporo Dome on November 11, and will continue with concerts in Tokyo, Osaka, Fukuoka, and Nagoya.