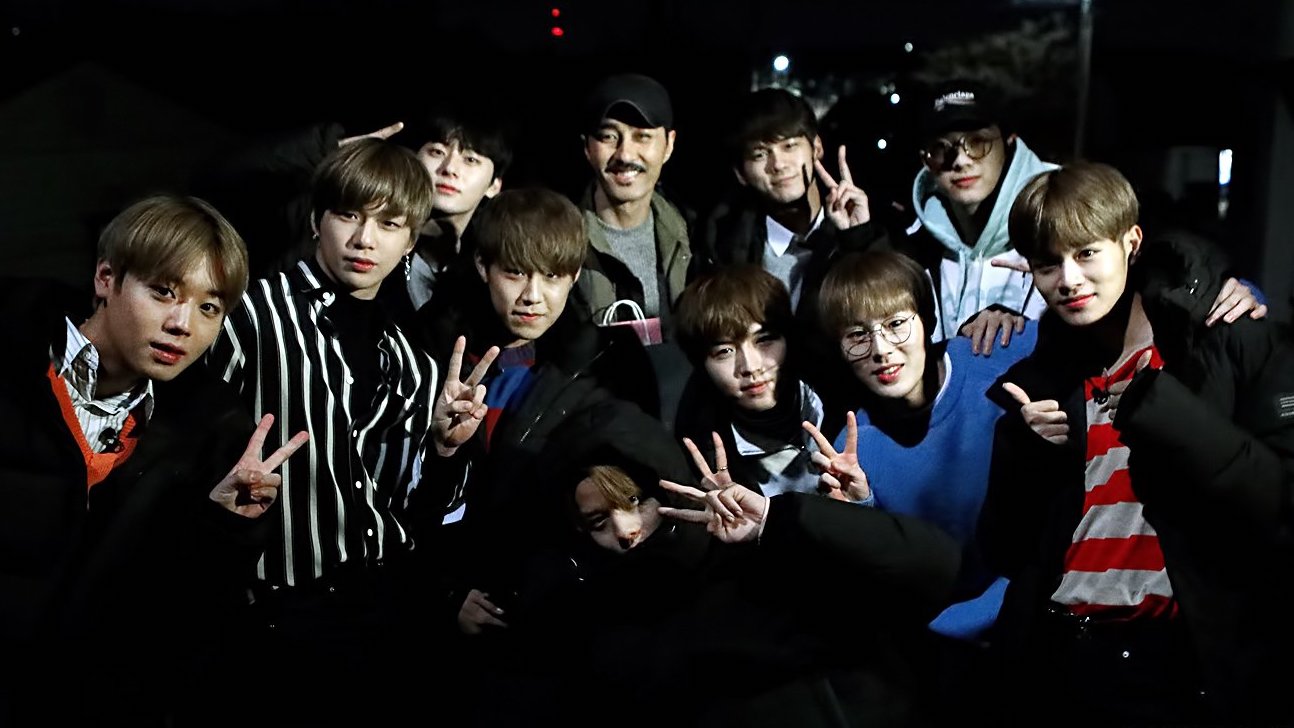 On October 31, a photo of Wanna One with Cha Seung Won was uploaded on the group’s official social media.

The caption reads, “The day of music video filming for Wanna One’s title track! An honorable photo with actor Cha Seung Won who made a special appearance.”

The hashtags also include, “Jisung, where are you,” “Yoon mom went to school,” “Jisung is crying.”

Wanna One’s repackaged album and the music video for the title track will be revealed on November 13.

Wanna One
Cha Seung Won
How does this article make you feel?