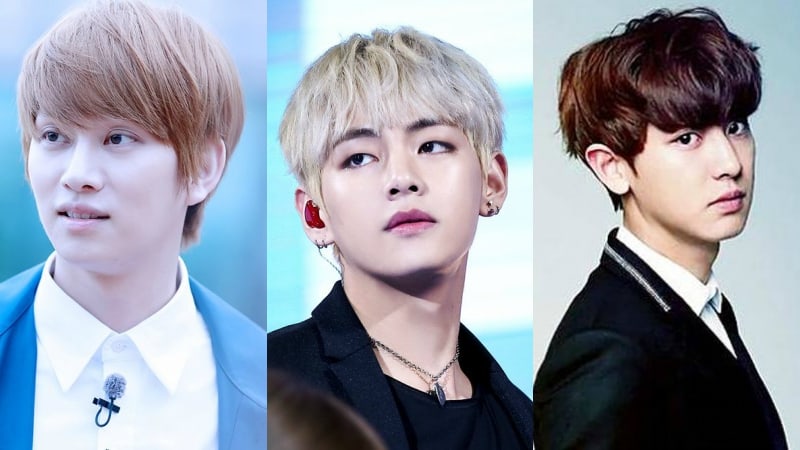 8 Male Idols Who Seem To Be Friends With Everyone

Not everyone is born a social butterfly, but there are some idols out there who are really good at making friends. Their outgoing personality makes them really likable, and sometimes it feels like every celebrity belongs to their group of friends. They use every opportunity to get to know new people and you can often see them building their relationships on radio and music shows, variety programs, or even during drama filming. We sure could use their social skills!

Look at our list with some of the most sociable idols!

Honestly, who isn’t Kim Heechul friends with? He has a close relationship with most of his label mates, and we could see a lot of cute snapshots from his friendship with EXO’s Baekhyun or Girls’ Generation’s Taeyeon. He’s been BFFs with singer Son Dam Bi for more than 14 years now, and Dam Bi is not the only girl in Heechul’s circle of friends. He is known to be close with BoA, AOA’s Seolhyun, and GFRIEND’s Yerin, just to name a few.

His friendship BTS’s Suga is also a hot topic among fans of both groups! 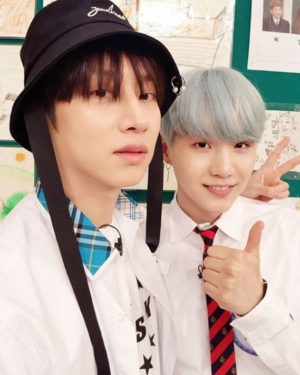 Taehyung’s stories with his friends are always iconic, and he has a tendency to make acquaintances with idols in the bathroom (just ask BTOB’s Yook Sungjae and Jang Moon Bok). His appearance on “Celebrity Bromance” with actor Kim Min Jae was the cutest thing ever, and he even told us about his group chat with EXO’s Suho, VIXX’s Hongbin, and B1A4’s Gongchan. He often contacts GOT7’s Mark on the phone, too. His co-workers in “Hwarang” also fell in love with Taehyung’s charms, and they all treat him like a younger brother.

How we wish we could witness more of his adventures with Park Bo Gum! 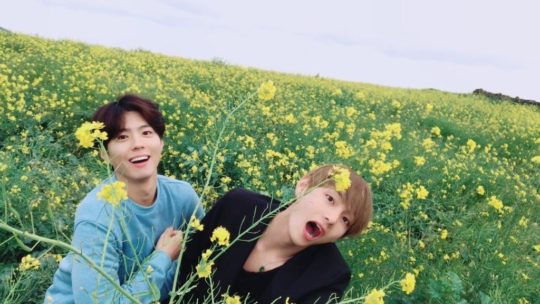 Ha Sung Woon had some big names supporting him during “Produce 101 Season 2,” as VIXX’s Ravi, EXO’s Kai, and BTS’s Jimin all cheered for him. Yes, he belongs to Taemin’s circle of friends, but he also has a good relationship with MONSTA X’s Kihyun and FTISLAND’s Lee Hong Ki. And how could we forget the wonderful friendships he made during “Produce 101”?

He even took a selfie with VIXX’s Ken! 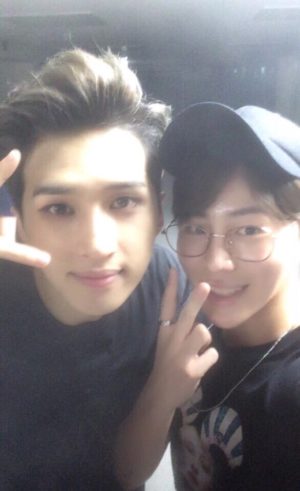 GOT7’s rapper has been on so many variety shows that it would be weird if he hadn’t made any friends there. His social skills are really something to be envious of, as he is close to Amber from f(x), Henry, Winner’s Song Mino, members of miss A, and MONSTA X’s Jooheon. 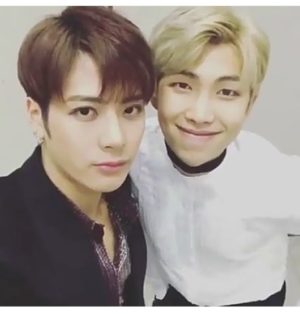 Zico’s connections in the industry are endless, and he seems to hit it off with everyone quite easily. He maintains a good relation with his fellow ’92 liners like HyunA, TEEN TOP’s C.A.P and FTISLAND’s Minhwan and Seunghyun. He is also friends with Winner’s Mino and Seungyoon, and his friendship with actor Choi Tae Joon and singers Eddy Kim and Jung Jooyoung is adorable, too. 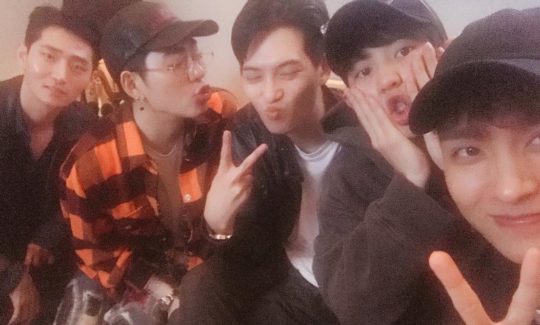 Chanyeol’s puppy-like personaility leaves a good impression on everyone, and he has built some beautiful friendships in the last few years. From adorable interactions with BTS’s Suga and VIXX’s Ravi and Hongbin to cute moments with former TEEN TOP member L.Joe, MONSTA X’s Jooheon and Block B’s P.O – Chanyeol has done it all.

Of course he is on good terms with his label mates Donghae and Yesung from Super Junior, too! 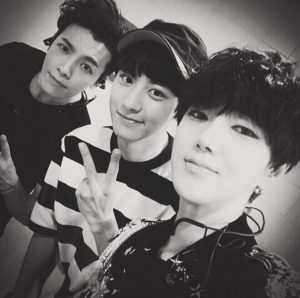 The list of idol groups Hakyeon maintains a good relationship with is just way too long. He is known to be close to Super Junior’s Ryeowook, BTOB’s Minhyuk, SHINee’s Key, and INFINITE’s Woohyun, but he even had some sweet moments with GOT7 members JB and Jinyoung, B.A.P’s Daehyun, EXO’s Xiumin, and BTS’s Jin.

This picture makes our hearts all warm! 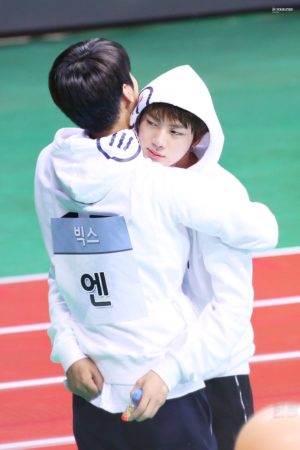 His group of ’95-liners consists of Boyfriend’s Youngmin, Kwangmin, and Minwoo, MYNAME’s Chaejin, T.K from former group C-Clown, TEEN TOP’s Ricky, and BTS’s V and Jimin. They seem to have a lot of fun together with ski trips and birthday parties. Sungjae is also close with his colleagues from “Goblin“; he talks with Lee Dong Wook and Gong Yoo frequently on the phone.

Just look at him being adorable with VIXX’s fellow 95-liner, Hyuk! 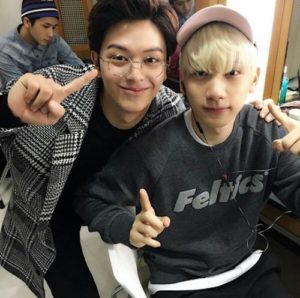 What are your favorite idol friendships and who do you think are the biggest social butterflies? Tell us in the comments below!

When she’s not studying or working, fanniberger spends her time obsessing over K-pop groups (mostly VIXX, BTS and Wanna One), binge watching dramas and variety shows and drinking way too much bubble tea. Say hi to her on Twitter and Instagram!