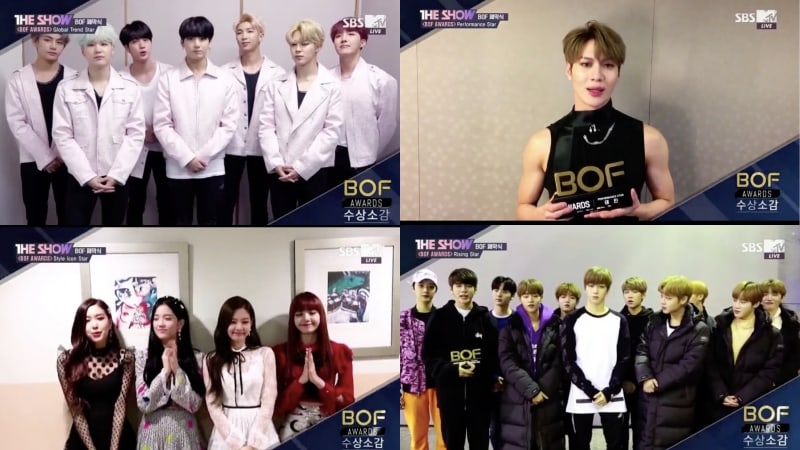 Busan One Asia Festival’s closing ceremony was aired on the October 31 episode of “The Show,” with awards given out and plenty of great performances!

Busan One Asia Festival handed out four BOF Awards that evening, with Wanna One being named the Rising Star, BTS awarded a trophy as the Global Trend Star, BLACKPINK chosen for the Style Icon award, and Taemin named the Performance Star.

Watch their acceptance videos below!