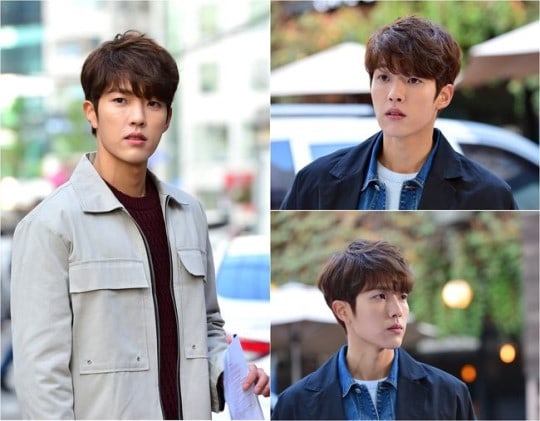 KBS’s upcoming family drama “Hate You But I Love You” (literal translation) released the first stills of INFINITE’s Sungyeol as the male lead.

“Hate You But I Love You” is a family drama that revolves around a lesson that the the biggest value that keeps people going isn’t blood-related family or law but love and affection that is slowly built between humans.

In the drama, Sungyeol will play Hong Suk Pyo, the CEO of the company Genius Chemical who is actually working as a janitor at a subsidiary company, Genius Beauty Center, due to unavoidable circumstances. Pyo Ye Jin, the female lead, will play Gil Eun Jo, a girl who loses everything and starts a new life to find happiness. Hong Suk Pyo and Gil Eun Jo quarrel every time they meet, but eventually, he gets drawn to her and finds true love.

In the still cuts, Sungyeol is gazing at someone with gloomy eyes that are filled with complicated emotions. His expression exudes charisma and coldness, which gives off a mature vibe.

On the first day of filming, Sungyeol was passionate and hard-working. Before the filming started, he checked his position and examined his script carefully. Afterwards, he watched the monitor to check his acting.

The new drama will replace “Lovers in Bloom” once it’s over, and the first episode will air on November 13 at 8:25 p.m. KST.

Are you looking forward to Sungyeol’s new drama?