Following the news that respected actor Kim Joo Hyuk passed away after a car accident, many stars expressed their grief for his passing.

Yoo Ah In uploaded a jacket photo of Benjamin Clementine’s “Condolence” along with the short but simple words, “The condolence is ours. Please RIP.” Yoo Ah In and Kim Joo Hyuk had appeared together in the movie “Like For Likes” in 2015.

Producing director (PD) Yoo Ho Jin of “2 Days & 1 Night” uploaded a photo of Kim Joo Hyuk on his social media account without any comments. In the photo, Kim Joo Hyuk is smiling happily at the beach while filming for the variety show. 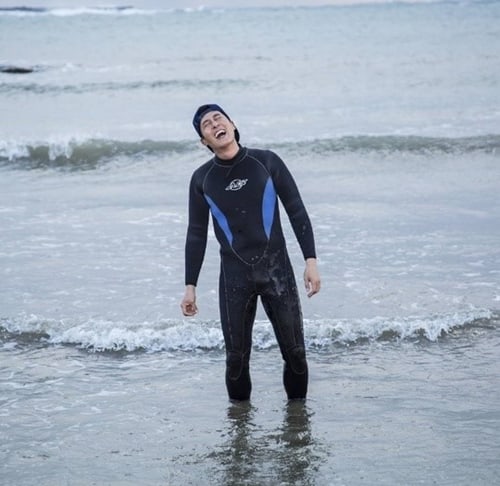 Actor Oh Dae Hwan, who appeared in MBC’s “Hur Jun, The Original Story” with Kim Joo Hyuk in 2013, left a message on his Instagram, saying, “Joo Hyuk, I’m really sorry. The sushi you bought for a nothing like me on my birthday didn’t just fill my stomach. I keep thinking of the pork backbone stew restaurant we went to and the ramen we ate while we were filming. [I remember] your encouragement to me and your consideration for your colleagues. You were that kind of a generous, warm friend to me.” He also added, “You didn’t even give me the chance to buy you a meal to pay you back and you left after just giving. Joo Hyuk, I’m sorry. Think of only yourself in heaven and rest in peace.”

Actress Lee Chung Ah left a simple but meaningful message on her Instagram with a picture of the sky, saying, “Sometimes, there are moments when it’s hard to understand those meanings. I am praying.”

Last but not least, Yoo Hae Jin mentioned Kim Joo Hyuk during his award acceptance speech at the 7th Beautiful Artists Awards. He showed tears as he mourned, “I pray for Kim Joo Hyuk who used to breathe in the same space as me.” The two actors had filmed several movies together, such as “In Love and War” and “Confidential Assignment.”

Meanwhile, the police released the autopsy results, and his agency revealed the funeral details.