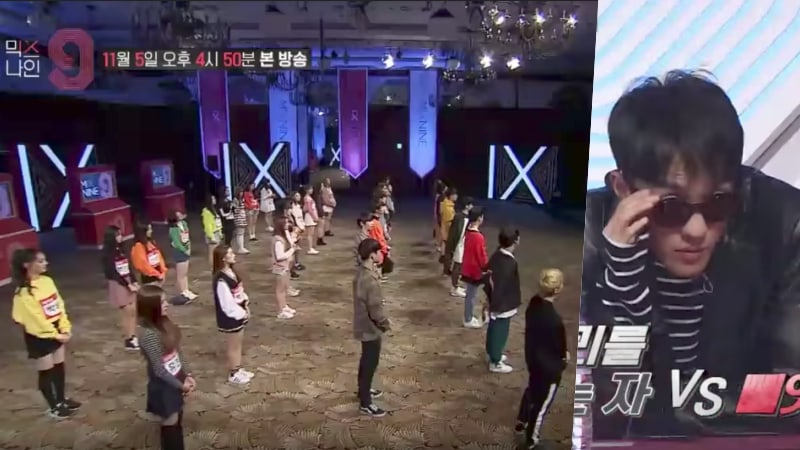 Watch: “MIXNINE” Contestants Run And Cry During Their First Mission In Episode Preview

A preview for the second episode of JTBC’s idol survival program “MIXNINE” has been released, showing tidbits of the first mission.

MC Noh Hong Chul announces the title of the first mission as “One Day” and tells the trainees that there will be a reset in the debut group members which makes everyone start running.

Singer Zion.T can also be seen sitting behind the judge’s table in his signature sunglasses. Next to him is YG’s Yang Hyun Suk who shouts out censored names and says, “Get out.” A female contestant’s voice can be overheard saying, “As expected, YG was cruel.”

Then, the judges continue the agency tour to Yoon Jong Shin‘s Mystic Entertainment. There, Yang Hyun Suk seems dissatisfied and Yoon Jong Shin describes the show as “a cruel program.”

Yang Hyun Suk is ruthless with his honest criticism at a group of male trainees. At the end, his voice can be heard saying he will not choose anyone and he walks off set. Startled, Zion.T calls out, “Are you really leaving like this?”

Yang Hyun Suk
Zion-T
MIXNINE
How does this article make you feel?