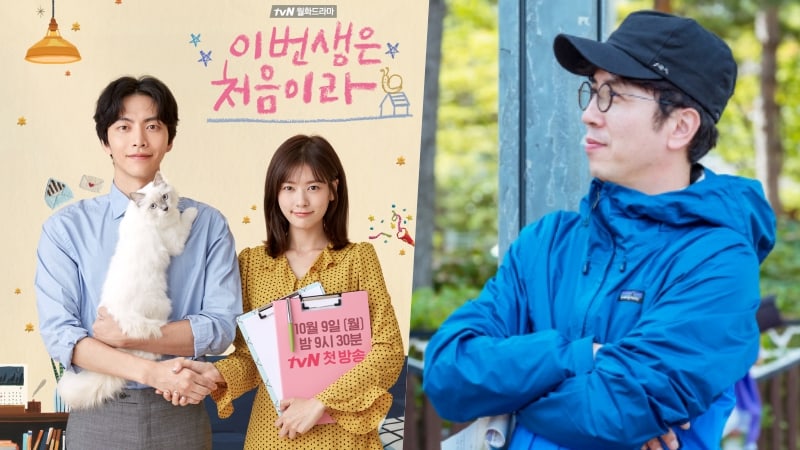 Producing director (PD) Park Joon Hwa is known for producing dramas with realistic themes. His works include “Bring It On, Ghost,” “Let’s Eat,” “Rude Miss Young Ae,” and currently tvN’s “Because This Is My First Life.”

“Because This Is My First Life” tries to capture the worries of this generation’s youth by telling the story of house poor man Nam Se Hee (Jung So Min) and homeless woman Yoon Ji Ho (Jung So Min). In an interview, PD Park Joon Hwa opened up about the message he wants to send viewers and the chemistry between the actors.

He also drew parallels between character Se Hee and actor Lee Min Ki. The PD commented, “When I talked with Lee Min Ki [before filming the drama], he kind of had Se Hee’s vibes. Se Hee has a dry way of talking to people he’s not close with, and at some point, Lee Min Ki’s way of talking became very Se Hee-like.” He also praised the actor for his small touches on the character such as changes in facial expression and tone of voice.

Many viewers cried along with Ji Ho at the end of episode five. When asked about the filming of that scene, the director was full of praise for Jung So Min. He explained, “Usually, actors don’t cry during the full shot or body shot, but it was memorable how Jung So Min immersed herself and shed tears during the filming of every shot. She really got into the story of the mom and the letter, and was moved while acting.”

“Because This is My First Life” airs on Mondays and Tuesdays at 9:30 p.m. KST. Start watching here:

Jung So Min
Lee Min Ki
Because This Is My First Life
Park Joon Hwa
How does this article make you feel?