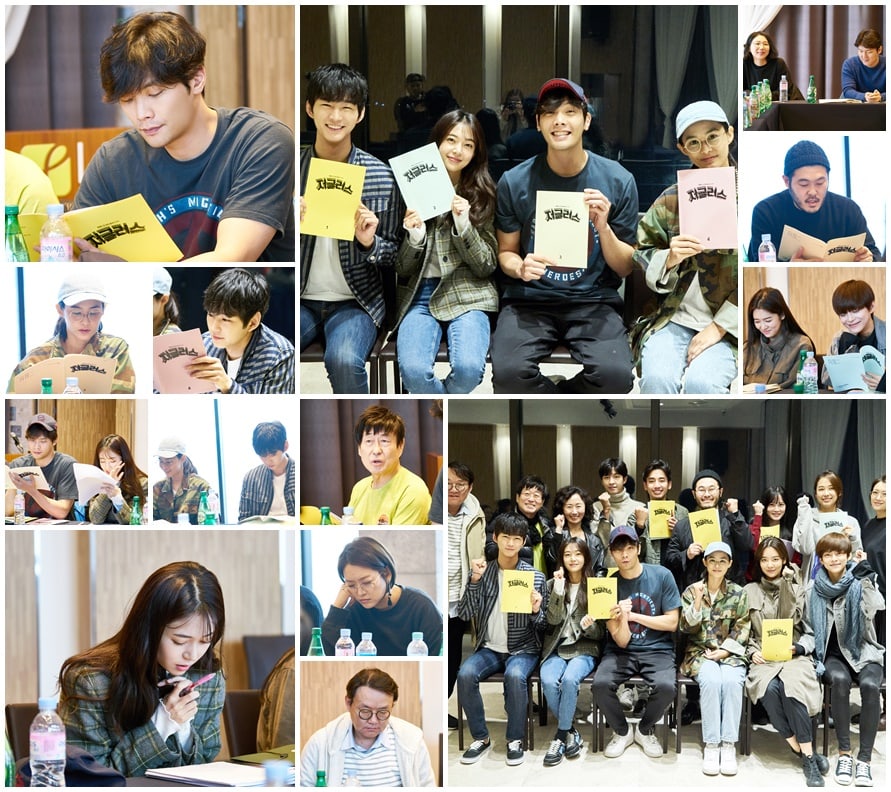 It was revealed that Choi Daniel, Baek Jin Hee, Kang Hye Jung, Lee Won Geun, Kim Chang Wan, and Kim Ki Bang all simply packed bags and took the bus with the production crew to the site without their managers. With a beautiful ocean view on site, the production crew and cast were able to take part in the script reading for over three hours, without a hint of tiredness, passionately playing their characters.

His first drama comeback in three years, Choi Daniel plays the director of YB Video Division Nam Chi Won, a man of few words who has no interest in others, but is able to capture the attention of women easily. Baek Jin Hee will be taking on the role of secretary Jwa Yoon Yi, a spirited and talented woman who is able to humor anyone she meets. Kang Hye Jung plays the innocent and clear-eyed Wang Jung Ae while Lee Won Geun is YB Sports Division Director Hwang Bo Yool, the black sheep of a rich family.

Scriptwriter Jo Yong stated, “I’m very happy that I get to work with such great actors and production team. We will work hard to make a great drama.” Director Kim Jung Hyun commented, “After the two days of script reading, I feel that the actors and the production team were able to strengthen their teamwork. Watching the actors passionately reading, I got a good feeling about this drama.”

“Jugglers” will air after “Witch’s Court” starting December 4 on KBS.