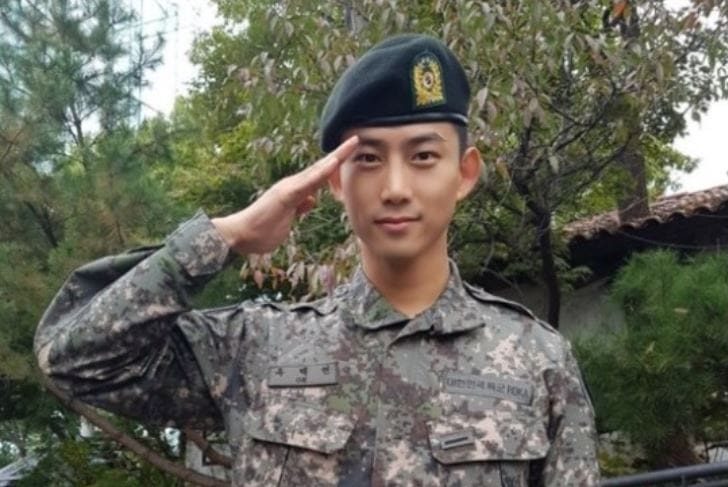 On November 1, a source from JYP Entertainment stated, “Taecyeon is currently serving at the 9th Armed Forces Division in Gyeonggi Province as a military instruction assistant.” On October 18, Taecyeon completed his basic military training and was transferred to become an assistant in military instruction. It was reported that he showed an excellent attitude during training and received a lot of praise and therefore was selected for the promotion. Taecyeon, who has now become a private, will be serving in the military for the next 21 months.

Previously, Taecyeon gave up his green card in the United States and also received surgery for the discs in his back in order to serve in the military.