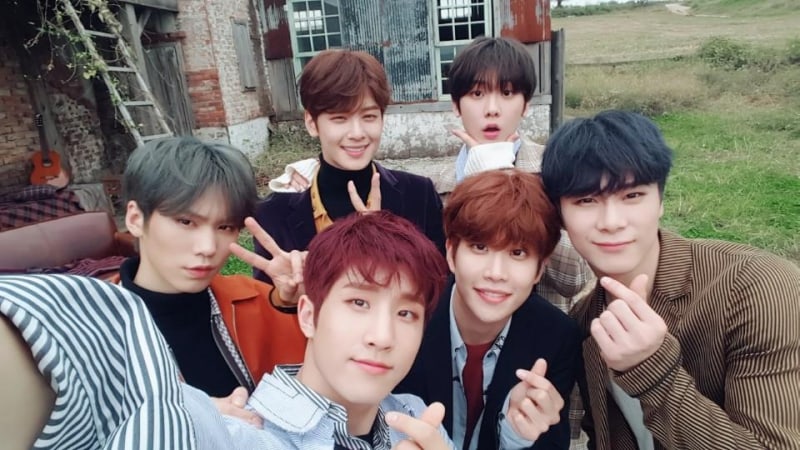 ASTRO Members Reveal What Variety Shows They Want To Go On

On November 1, ASTRO held a showcase for their fifth mini album “Dream Part.02,” during which the members named variety programs they want to appear on.

JinJin said, “We want to appear on ‘Running Man’ as a group. We even have a song called ‘Run’ on our album. We have many members who are good at running like Sanha and Moonbin, so we think we could do a good job if we appeared on the show.”

Cha Eun Woo, who appeared on SBS’s “Law of the Jungle” in July of 2016, expressed his affection for the show and Kim Byung Man. “I went to the jungle already, but I want to go again. I was really worried when I heard about Kim Byung Man’s unfortunate incident but heard he returned to the show,” the idol explained.

He reminisced, “Last time [I was in the jungle], I remember he took good care of me, so I want to reappear to have fun on the program and also ask Kim Byung Man about his health.”

ASTRO’s latest album was released on November 1 and the group will have their comeback stage on Mnet’s “M!Countdown” on November 2. Watch ASTRO’s “Crazy Sexy Cool” MV here!

ASTRO
Law of the Jungle
Running Man
How does this article make you feel?