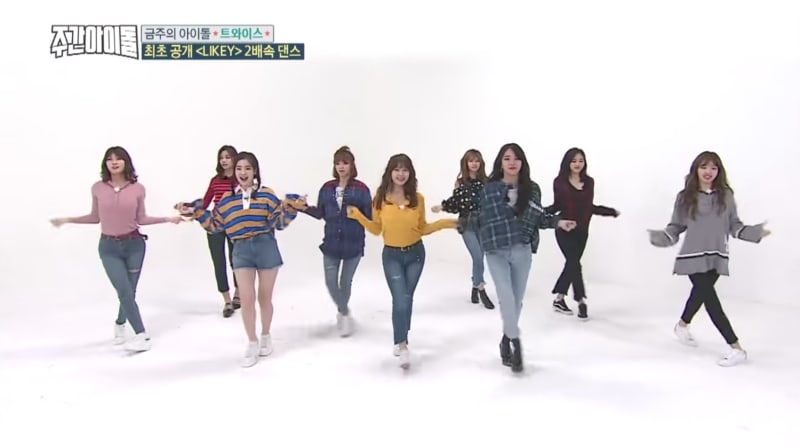 TWICE appeared on the November 1 broadcast of MBC every1’s “Weekly Idol” to promote their comeback with “Likey.”

TWICE has previously taken on the classic “Weekly Idol” double speed challenge for other title tracks like “Signal,” and attempted it once again for “Likey.”

When it was time for the double speed challenge, TWICE members expressed their concerns. Nayeon was worried about the dance break, but the MCs cheered them on, saying, “But you’re TWICE!”

TWICE got into their starting positions and the song began playing at double speed. All nine members were quick to adjust and the MCs praised them multiple times for continuously smiling from start to end.

When the song ended, TWICE was exhausted while the MCs were in awe. Defconn said, “Momo! When you did that solo in the middle, I got chills!” Jung Hyung Don added, “They showed us the perfect dance with their perfect appearances.”

Watch TWICE dance to “LIkey” at double speed below!

TWICE
Weekly Idol
How does this article make you feel?