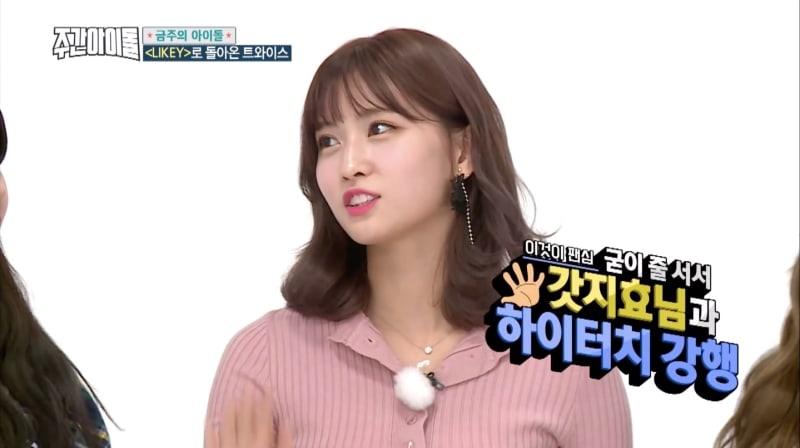 Watch: TWICE Reveals Which Members Their Parents Are Fans Of

On this week’s episode of “Weekly Idol,” TWICE’s Momo revealed that her dad is a fan of a fellow member!

Momo shared that even though she’d told her father that he didn’t need to wait in line to meet Jihyo and that he could see her backstage, he still chose to line up at a recent TWICE fan meeting for the chance to give Jihyo a high-five. She went on to add, “He says he’s coming to the next one, too.”

As it turns out, Momo’s dad isn’t the only TWICE parent who pulls double duty as a fan. Mina said that her dad had also shown his support for Dahyun by “liking” one of her social media posts, while Chaeyoung reported that her mom always talked about how pretty Jeongyeon was.