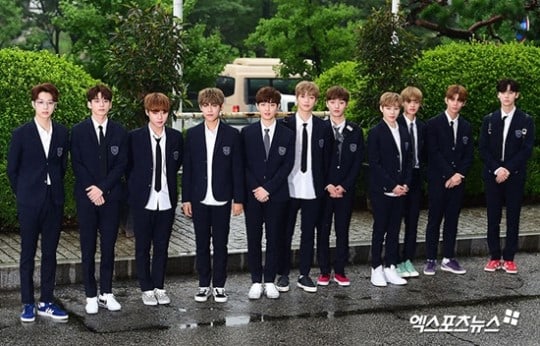 Following reports about a Wanna One manager cursing and excessively guarding the members, YMC Entertainment has officially responded.

The incident occurred in early October at Incheon Airport when Wanna One members were leaving Korea. Fans released videos and claimed that a manager cursed at fans and normal citizens as well as pushing a woman who was carrying a baby.

A source from YMC Entertainment said, “After checking, there was no instance of the fan manager cursing or pushing a mother of a baby. At the time there were a lot of people at the airport and many were forcing their way through. If you go to the airport, people push their way through very strongly. Since they were pushing their way in excessively even the security guards got startled. It was not excessive action.”

The source continued, “If you look at the video you cannot find a scene of the fan manager pushing the mother of a baby. It’s also not true at all about the cursing.”

You can view the video in question below:

Meanwhile, Wanna One will be making a comeback with a repackaged album on November 13.

Wanna One
YMC Entertainment
XPN
How does this article make you feel?