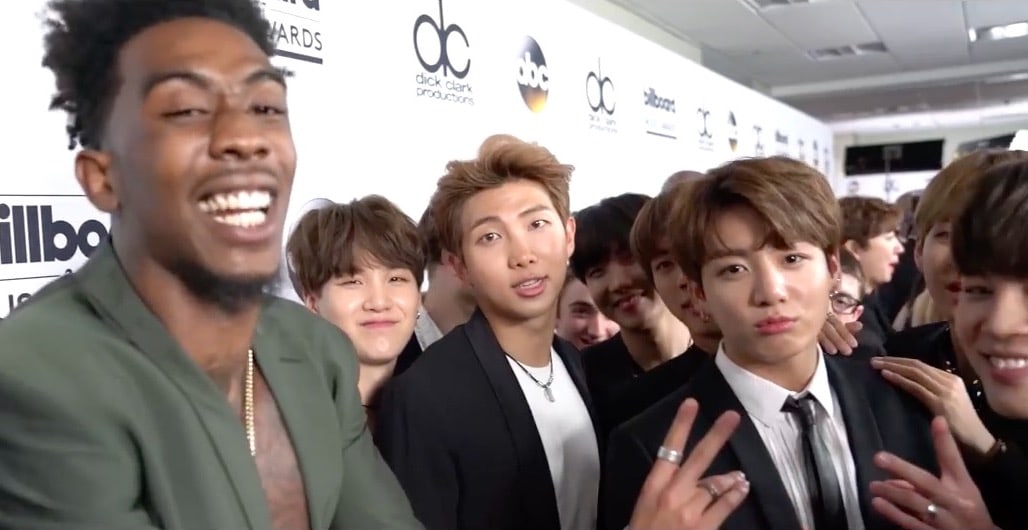 It looks like BTS and Desiigner may be teaming up!

BTS met the American artist Desiigner at the Billboard Music Awards in May, where BTS won the Top Social Artist award and Desiigner took home the Top Rap Song and Top Streaming Song (Video) awards for his hit track “Panda.”

On November 2, Desiigner tweeted out “Desiigner x BTS,” and BTS’s Twitter account retweeted it shortly after. With over 180,000 likes on the tweet so far, it’s clear that fans are excited to see what they’re hinting at!

Watch a video of Desiigner and BTS’s fun meeting at the Billboard Music Awards below, with BTS appearing around 7:51.

BTS
Desiigner
How does this article make you feel?