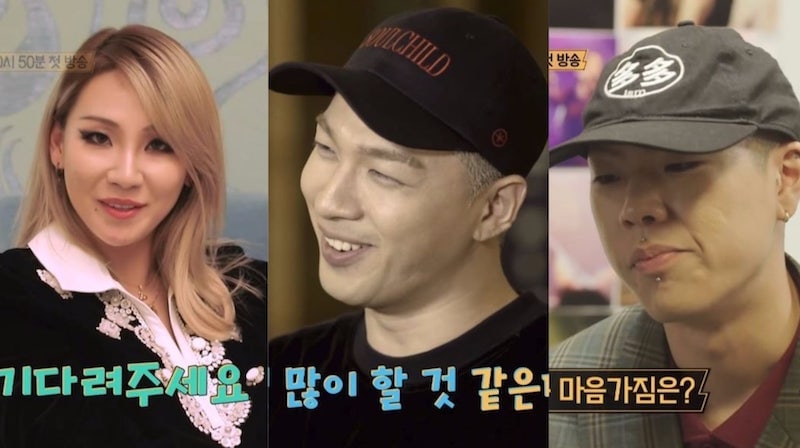 CL, Taeyang, And Oh Hyuk Show What They’re Like Offstage In Teaser For New Variety Show

tvN’s upcoming variety show, “My Job Is A Singer – Their Double Lives” (literal translation), also known as “Double Life” for short, has released a new teaser.

The music observational variety show aims to show the daily lives of top artists and what they’re like when they’re on and off stage. It was also previously revealed that the MCs would be Kush, Yoo Se Yoon, Defconn, and Jung Hyung Don.

The teaser begins by hinting at each singer’s personality. We see Oh Hyuk’s famous quietness and lack of response as his manager asks him three times how he feels about the first shoot, only to receive no answer. Eventually, his manager begs, “You have to talk you know!” 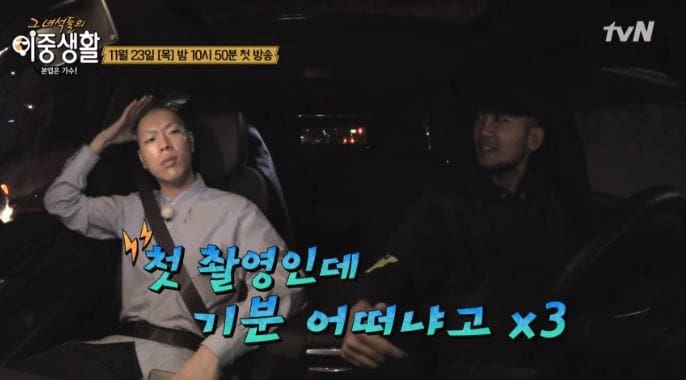 Taeyang shows off his playful and friendly personality, as he randomly sings and hums. His famous love for pajamas, which previously gained a lot of attention on “I Live Alone,” also makes a brief appearance. 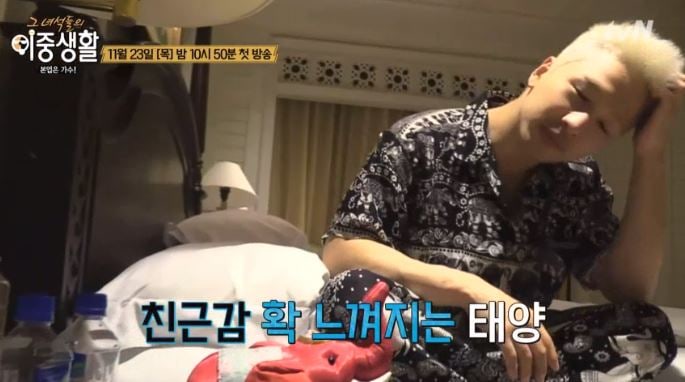 We also get to see CL as the star she is when she takes photos with fans, and also a different side to her when is shown applying her signature make-up look intently. 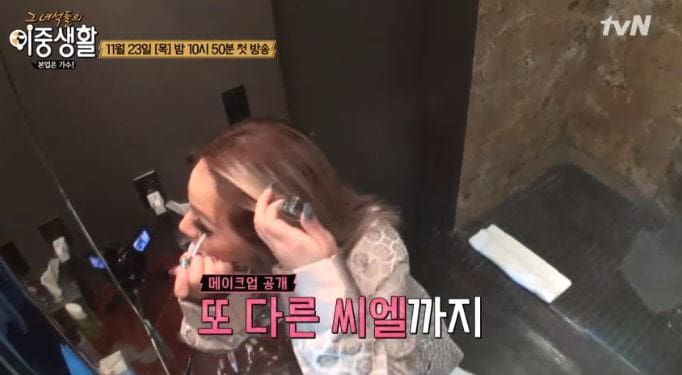 The teaser then gives us short clips from interviews with each of the stars. CL briefly opens up about her struggles in America, commenting, “I regret it [going to America] all the time.” 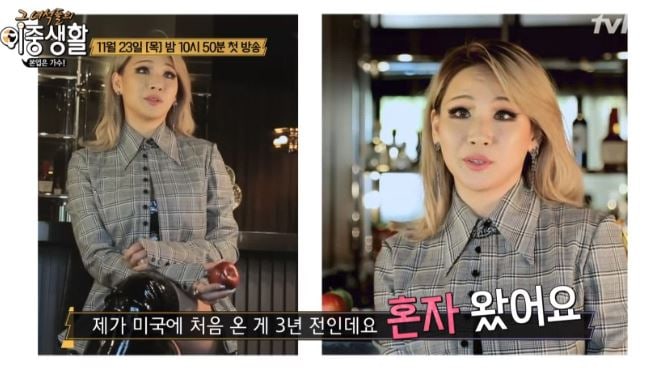 Taeyang is asked about his fellow castmates, and appears worried as he replies, “Chae Rin [CL] and Hyuk… they don’t talk! I think I’m going to be the one that talks the most.” 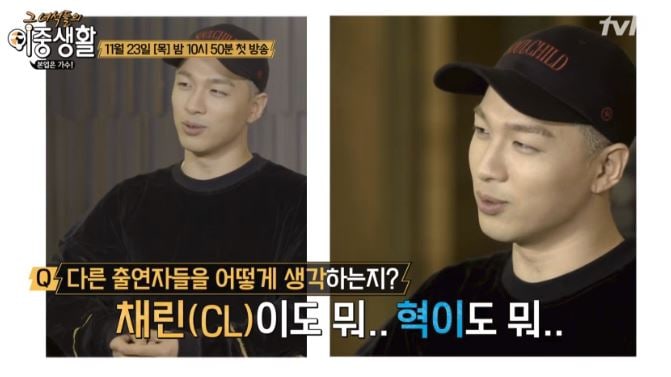 The video then goes to Oh Hyuk’s interview, where he is asked how he feels to be participating in his first observational variety show. He thinks it over and says, “Hmm…” for a very long time before answering slowly, “I hope it’ll be fun.” 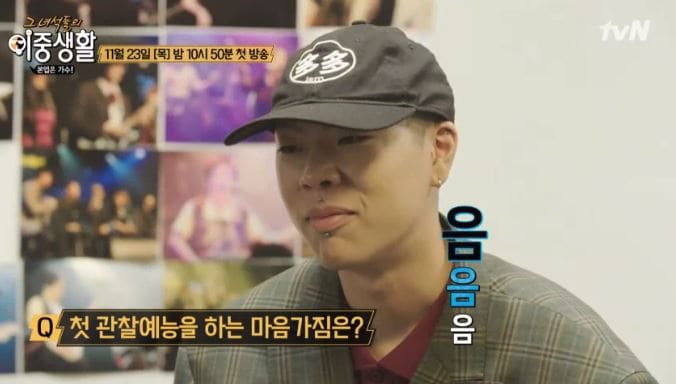