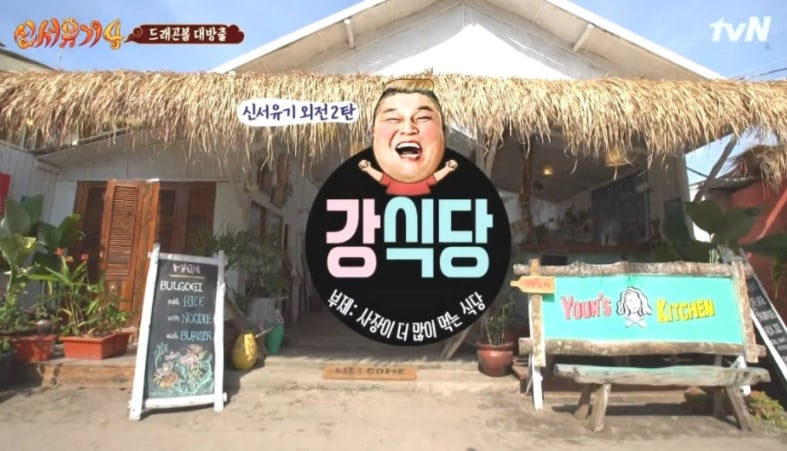 On November 3, it spread on social media that “Kang’s Kitchen” would be filmed on Jeju Island. According to reports, the members of “New Journey to the West 4” secretly departed to Jeju Island, where they’ll be running a restaurant for approximately a week.

A source from tvN responded to these reports, saying, “Due to safety concerns over potential overcrowding, we cannot reveal the specific filming location. If you come across [the restaurant] ‘Kang’s Kitchen,’ we ask that you take extra caution.”

“Kang’s Kitchen” is a supplementary show to “New Journey to the West 4.” The idea for the show came up when a cast member said he wanted to parody “Youn’s Kitchen.” Kang Ho Dong will be the main chef, with Lee Soo Geun, Eun Ji Won, Ahn Jae Hyun, and WINNER’s Song Mino helping out in the kitchen.

The show will be airing sometime in mid-December.

New Journey to the West 4
Kang's Kitchen
How does this article make you feel?