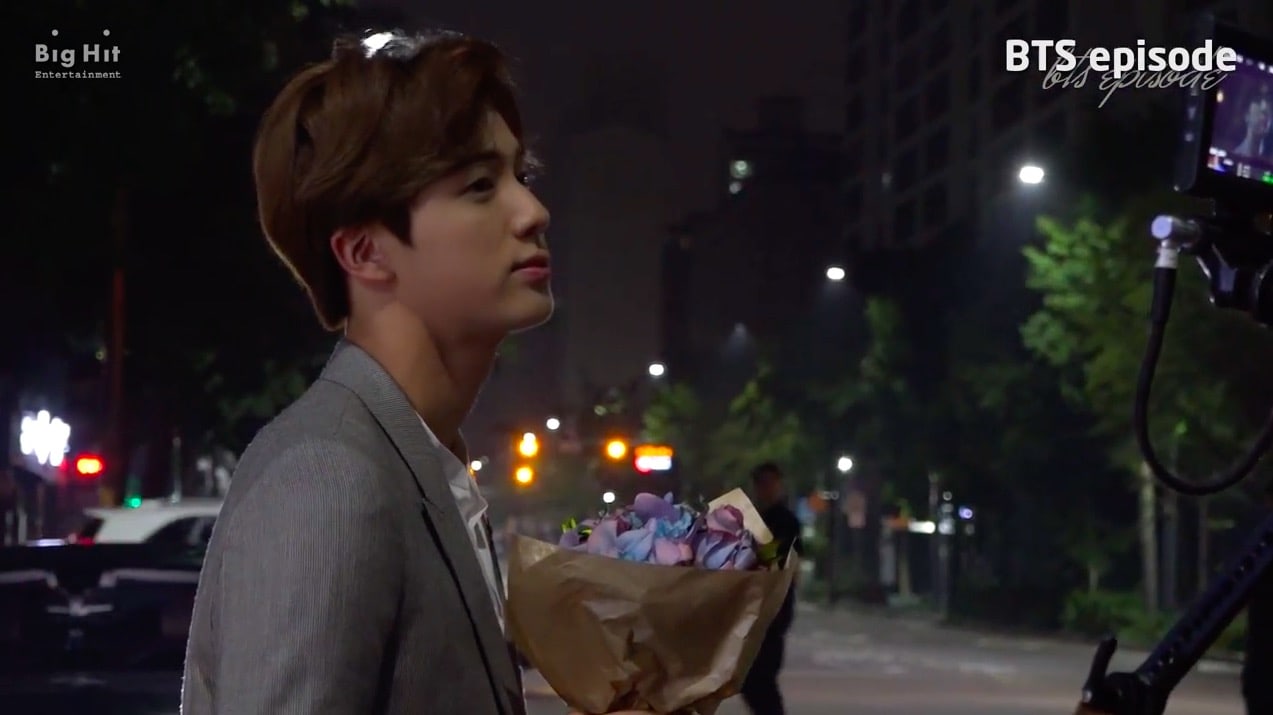 Watch: BTS Shares A Look At How They Filmed “Love Yourself” Highlight Reel

BTS started off their new “Love Yourself” series this summer with an intense and impressive highlight reel, and the group has now released a behind-the-scenes look at its filming!

The new clip that was shared on November 3 shows the members shooting scenes for the dramatic video.

“All the members have different stories,” explained V in his clips. “It’s like I’m seeing my old self, I’m buying things and chatting. I’m also thinking about Namjoon [Rap Monster’s real name]. There are a lot of meaningful scenes like that.”

Rap Monster was up next, who was having a rough time because of the heat in the bus that had a broken air conditioner, and then Suga’s cool performance really impressed the staff. However, he insisted that he was bad at doing things like shouting at people, because he’s never done that.

J-Hope and Jimin filmed together in a dance studio, where Jimin took a video of J-Hope dancing on his phone as part of the scene. “I’m being envious of J-Hope’s dancing,” said Jimin. “It’s like that in real life too, since he’s a great dancer.”

While Jungkook was filming at a hospital for his own scenes, he explained, “It’s connected to the old concept, but there’s something new to it. In a way, it’s a story about love.”

Last up was Jin, who’s shown putting on different outfits for his scenes before being filmed driving. “This is hard,” he admitted to the camera. “Since there’s no one here, I’m embarrassed!”