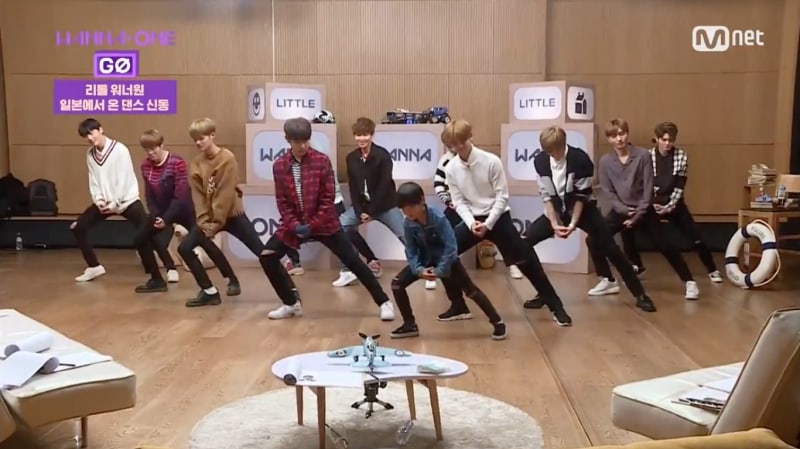 During the first episode, Wanna One took fans along with their overseas schedules and held an audition for children to appear in their upcoming music video. One of the children who tried out was a Japanese boy named Ikeda Sosuke. The eight-year-old was a huge fan of Wanna One and named Park Woo Jin as his favorite member for his dance skills.

Hwang Min Hyun served as the translator between the boy and Wanna One members, and explained that the Sosuke’s dream was to dance with Wanna One on stage. Kang Daniel interjected, “We could do it right now,” and the 11 members danced to “Energetic” with the fan as the center.

When another boy came to audition and showed his acting skills by acting out a crying scene, Lee Dae Hwi also shed tears. Lee Dae Hwi said, “He’s just like me. He is really good at acting,” and later revealed, “I think [I cried because] my dad passed away when I was young, so I can easily empathize.”

Wanna One will release their repackaged album “1-1=0 (Nothing Without You)” on November 13. Watch the clip of Wanna One dancing with their fan to “Energetic” below!