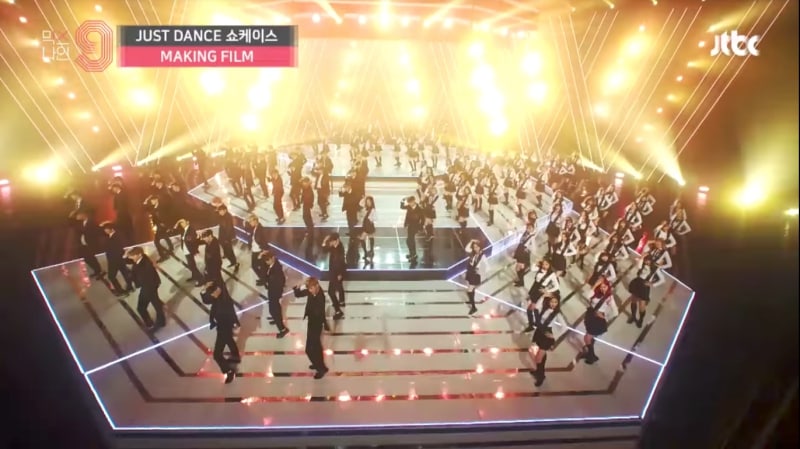 Watch: “MIXNINE” Contestants Practice Their Hearts Out In Making Film Of “Just Dance”

JTBC and YG Entertainment’s idol survival show “MIXNINE” premiered its first episode on October 29. Viewers were able to get their first glances at some of the participants’ faces and talents. At the end of the episode, the music video of the show’s contestants dancing to the show’s main track “Just Dance” was unveiled.

On November 3, JTBC released the making film showing the preparations that went into filming the “Just Dance” MV. Contestants could be seen walking in early in the morning wearing different colored sweatshirts and carrying their luggage. When dance class started, any hint of exhaustion was replaced with concentration as they practiced for their first performance.

During their break time, the contestants reverted back to young boys and girls, and had fun hanging out with one another. Some formed a dance circle and held an impromptu breakdance battle, while others posed for the cameras. Many of the participants expressed envy at those wearing red sweatshirts, clues to the level placement of the contestants.

A source from “MIXNINE” said, “[The contestants] put on the best performance possible with the short time of about a week to prepare. Please stay tuned to watch the growth of the ‘MIXNINE’ contestants as they show their capabilities and passion for their dreams.”

Watch the making film of “Just Dance” below!