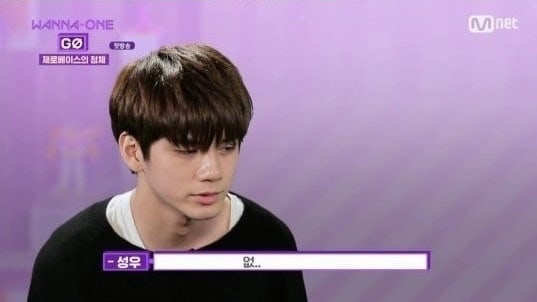 On the November 3 episode of Mnet’s “Wanna One GO: ZERO BASE,” fans were able to see the members prepare for their upcoming album “1-1=0.” The show’s name comes from the members going to “Zero Base,” back to themselves as ordinary people rather than members of Wanna One.

The members were asked to compare their past and current selves. Park Ji Hoon commented, “I wouldn’t have even imagined something like this in the past. The debut that I imagined of became reality. It was a huge change. Everyday is new and I’m thankful.”

He continued, “I also became more curious as to how long I live as just ordinary Ji Hoon.” The other members were asked what they are most interested in these days, and Yoon Ji Sung answered very realistically, “My schedule.”

The production crew then asked the members, “How many hours do you have in a day to live as ‘you’ rather than as a member of Wanna One?” The members revealed that due to their busy schedules, they only had a few hours a day to be themselves. Yoon Ji Sung answered, “This is a period of adjustment. It’s not that easy for 11 members to live together.”

Ong Sung Woo shared that it’s a bit difficult to enjoy themselves now, Park Woo Jin revealed that they can’t go outside even if they have time, and Lai Guan Lin commented that they keep thinking about work. 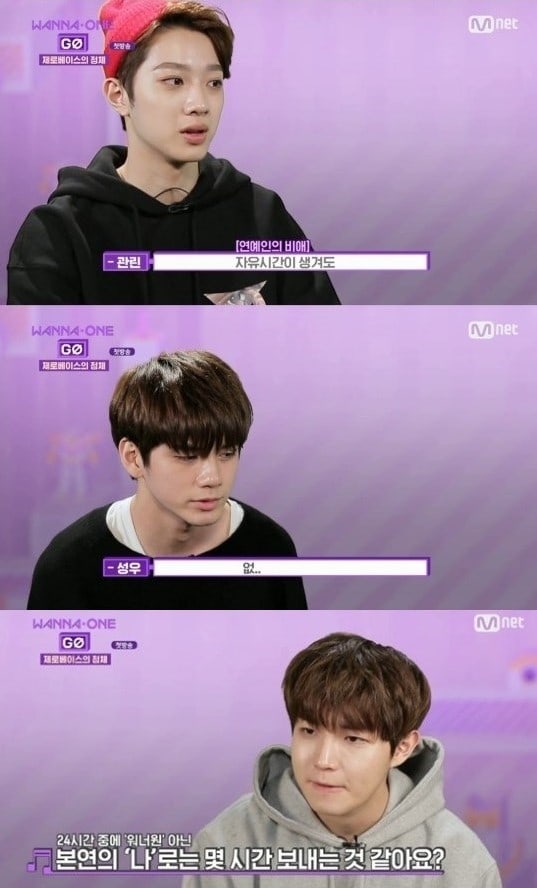 Although the members opened up about the difficulty of their busy schedules, they were also very thankful. They expressed, “It’s hard but we’re happy everyday. We have to be thankful that we’re busy.”

Kim Jae Hwan, Kang Daniel, and Lee Dae Hwi were seen composing a song for the fans, working on it in their hotel rooms in between their overseas schedules whenever they had time. A short portion of the song was revealed, and the members applauded and commented, “I can feel your emotions. The fans will like it.” 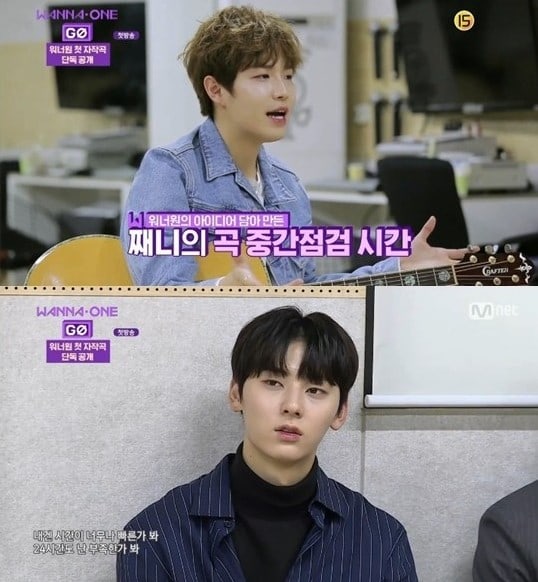