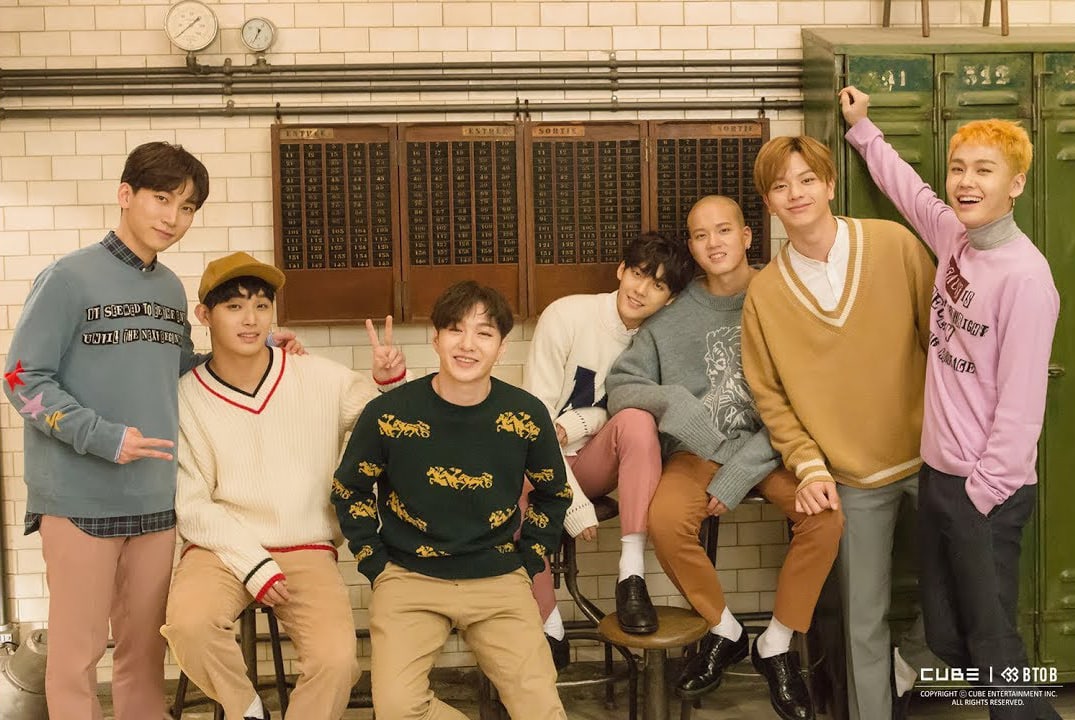 BTOB scores their first ever No. 1 song on our chart with “Missing You,” moving up from No. 13 last week! With winter approaching, BTOB is returning to their ballad style with “Missing You,” the title song from their second full length album “Brother Act.” Despite strong competition, “Missing You” swept all the music shows last week. Congratulations to BTOB!

Moving up 15 spots to take second place this week is Highlight’s latest hit “Can Be Better.” The former BEAST boys are having a great year since changing their name to Highlight, already having two No. 1 songs: “Plz Don’t Be Sad” and “Calling You.” Now, “Can Be Better” is their third hit, knocking on the door for the top spot. “Can Be Better,” a listener friendly dance song with rock and synth sound, is the title song from Highlight’s second mini-album “CELEBRATE,” released in celebration of the group’s eighth debut anniversary.

Rounding out the top three is BTS’s former No. 1 song “DNA,” moving back up three spots to No. 3.

SHINee’s Taemin has returned as a solo artist, releasing his second studio album “MOVE.” The title song of the same name moves up 14 spots to No. 4 this week.

Rookie group JBJ scores their first top 10 hit with their debut song “Fantasy.” JBJ is a fan-imagined group becoming reality. Their six members participated in “Produce 101 Season 2,” but didn’t make the into the final 11, who debuted as Wanna One. Fans picked six eliminated participants as the next best and named them JBJ (Just Be Joyful.) The waves of positive feedback prompted the members’ agencies to reach an agreement to debut JBJ as a real group. “Fantasy,” a dance song with powerful bass and drum beat, is the title song of JBJ’s first mini-album.

Moving up two spots to No. 9 is Melomance’s “Gift.” Melomance is a relatively unknown ballad duo that debuted in 2015, and “Gift” is the title track from their mini-album “Moonlight,” which was released on July 10 without much fanfare. “Gift” started to receive traction after the duo appeared on “Yoo Hee Yeol’s Sketchbook,” climbing up the charts each week, picking up more fans. Last week, the song finally ranked No. 1 on almost all major internet charts. This week, it becomes the duo’s first ever top 10 hit.