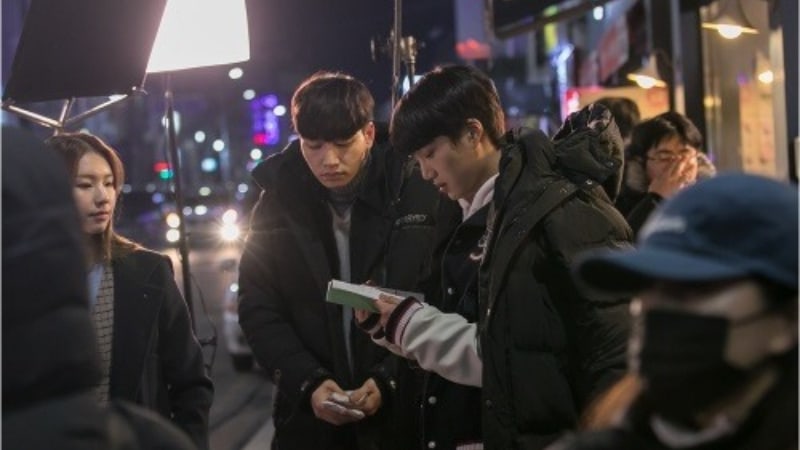 The production staff of KBS1’s “Andante” has released behind-the-scenes stills of EXO’s Kai showing exceptional love for his scripts.

Kai seems unable to let go of the scripts no matter where he is. In one picture, he is reading the scripts as he holds them in his bare hands outside in the cold, where everyone is huddled up in thick coats. Other pictures also show him deeply focused on his scripts in different places. 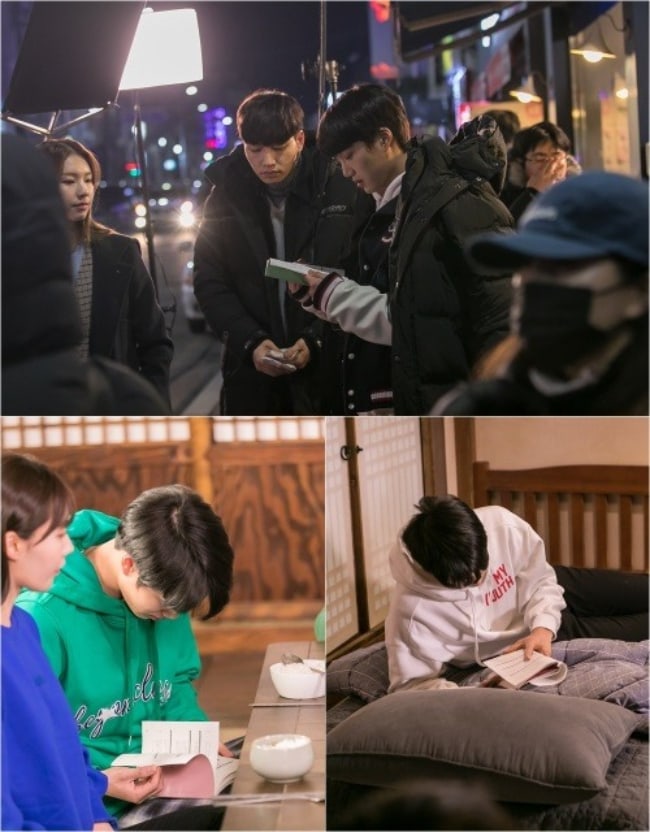 Despite all the noise on set, Kai is said to have shown surprising concentration, committing to the filming in full preparation with every line memorized perfectly. He was also praised by the staff members for his hardworking attitude as he communicated endlessly with the director and other actors to improve himself.

“Andante” follows the events a typical city boy goes through after he moves to a mysterious school in the countryside. The drama airs on Sunday mornings at 10:10 a.m. KST.