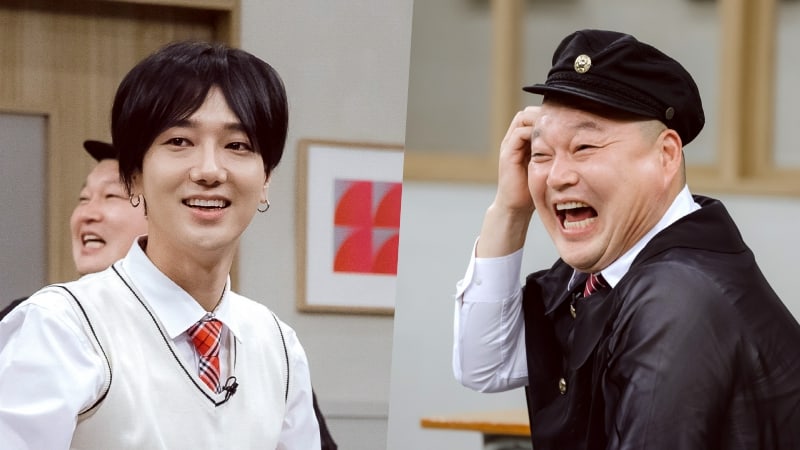 Super Junior guested on the November 4 episode of JTBC’s “Ask Us Anything,” which also marked the show’s 100th episode.

Known to be the “original variety-dols,” Super Junior provided plenty of laughs right from the beginning with their self introductions. In particular, Shindong introduced himself as the “Kang Ho Dong of Super Junior,” adding that he heard Kang Ho Dong’s appearance fees are high, so the show should just use him instead.

Yesung however, was noticeably nervous since entering the room. He shared that he had a big incident with Kang Ho Dong in the past and can’t even go to the Geumho-dong or Chunho-dong neighborhoods anymore, which are wordplays on Kang Ho Dong’s name. He announced that he was on the show to make up with Kang Ho Dong. 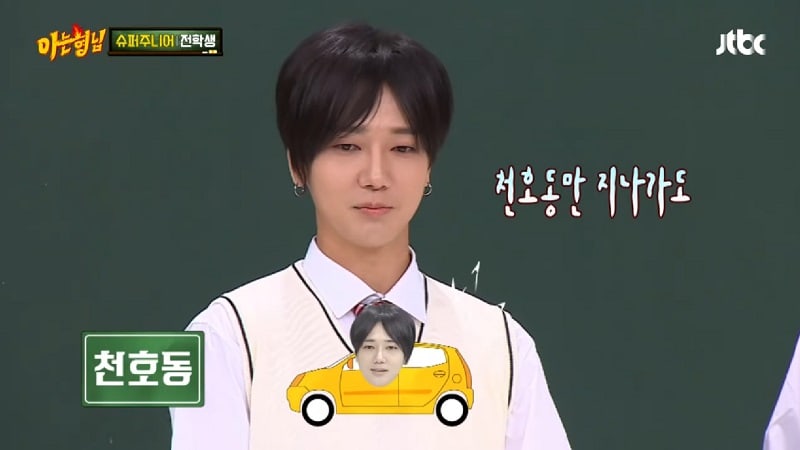 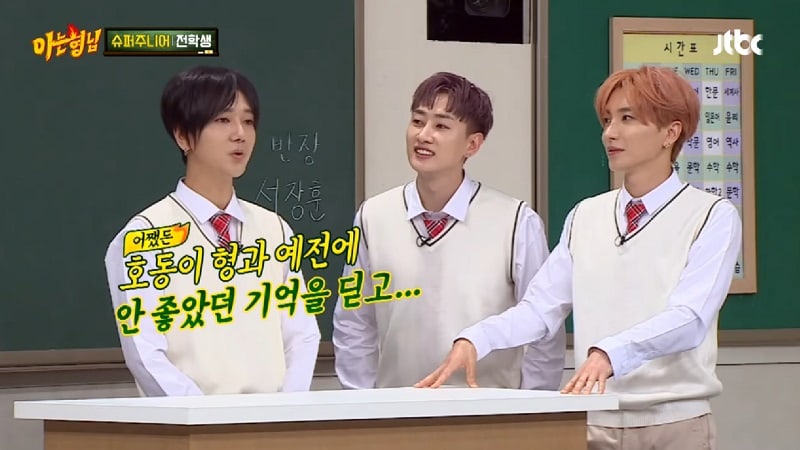 Kang Ho Dong responded with, “I’m so close with Yesung. You chose a good concept, Yesung,” but Yesung continued to talk in formal language.

When it was time for the cast to guess the answers to Super Junior’s questions, Yesung’s question was “What did Kang Ho Dong say that gave me anxiety about variety programs?” The members started to tease Kang Ho Dong, while he raised his hand to explain it was a misunderstanding.

Yesung revealed the correct answer to be, “Kang Ho Dong once shouted ‘Be quiet!’ to me,” finally sharing the reason behind his fear of Kang Ho Dong. Surprised, Kang Ho Dong drew a mole on his face and announced, “I am Kang Ho Min from now on,” drawing laughter from the rest of the cast and Super Junior members.

Yesung then directed his attention to Lee Sang Min and Kim Yong Chul, jokingly suggesting he had untold stories to reveal about them as well. The cast commented, “We need to look good to Yesung now. He is the grim reaper.”

Super Junior
Ask Us Anything
Kang Ho Dong
Yesung
How does this article make you feel?