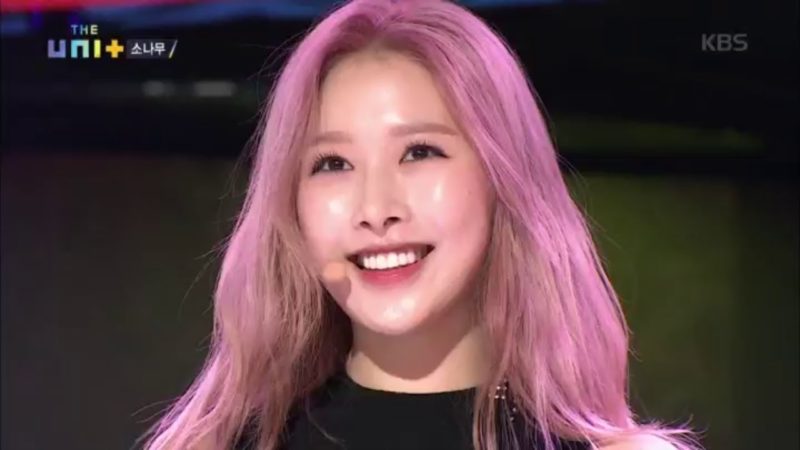 KBS’s idol rebooting project show “The Unit” is continuing with its streak of incredible auditions by idols who have already debuted.

On the November 4 episode of “The Unit,” SONAMOO’s Euijin performed “Bubble Pop” by HyunA, who also happens to be a mentor and judge on the show. Euijin admitted she was nervous performing it in front of HyunA, but still, she performed her best without showing a hint of anxiousness.

When the performance was finished, her results were revealed. She received four “boots,” which allowed her to officially join the program. HyunA praised, “It felt very extraordinary to see a different version of ‘Bubble Pop.’ Your dancing figure is very pretty.”

Rain, also one of the mentors on the show, commented, “However, the truth is that your singing and dancing [skills] are lacking. I hope you realize that.” He also added, “HyunA said she would like to see [your performance] again. I hope when that happens, you’ll appear in front of us with great improvement.”

Check out Euijin’s performance below!

Don’t forget to check out the full episode!

SONAMOO
HyunA
The Unit
Euijin (SONAMOO)
How does this article make you feel?