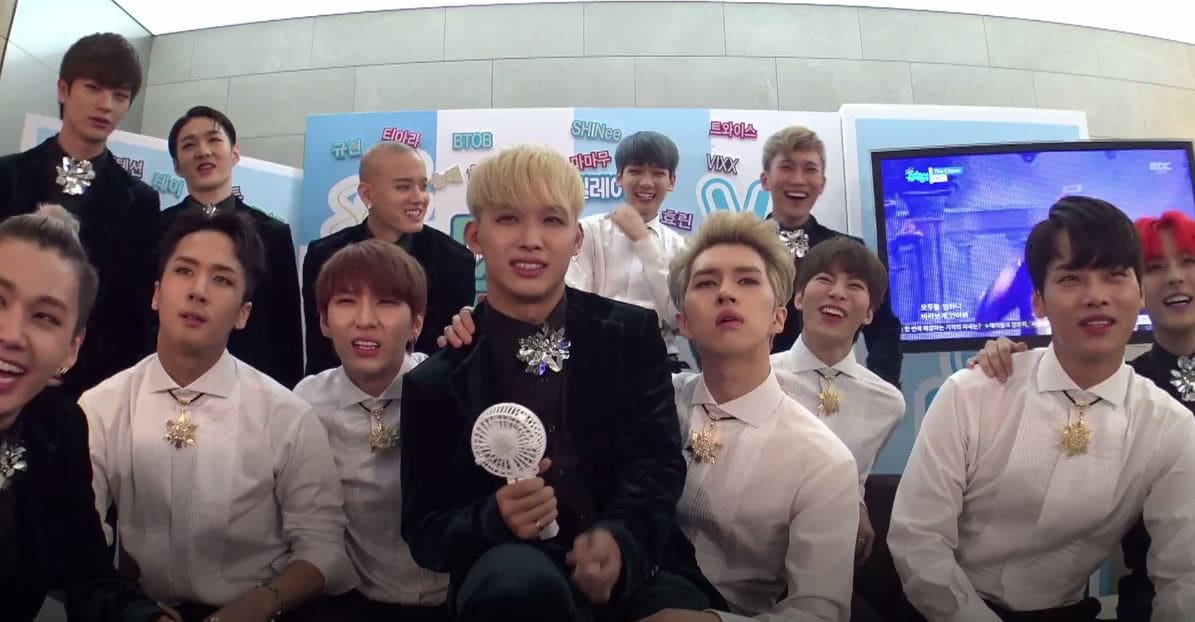 With both groups debuting in 2012, BTOB and VIXX have shared their fair amount of overlapping schedules. They hit it off almost in an instant, and Melodies and Starlights are always happy to see their interactions on music shows, variety programs, award ceremonies, and even on social media. It’s rare to see such a strong bond between idols, so it’s highest time to talk about the greatest moments of BTOB and VIXX’s epic friendship!

Let’s look at our list with the most beautiful BTOVIXX interactions!

Cosplaying VIXX? No problem for BTOB!

The seven members of BTOB are known as great jokesters among K-pop idols, and they decided to pull a prank on everyone on April Fools’ Day, when they performed their song “So Pretty” dressed in VIXX’s outfits from their “Chained Up” era. They looked flawless, but now it’s time for VIXX to dress up as BTOB for a change!

Both groups have some powerful vocals to show us, but when Eunkwang and Changsub from BTOB joined VIXX’s Leo and Ken to perform a beautiful cover of “My Everything,” they left us all in awe!

Listen to their amazing harmonies below!

Acting as boyfriends and girlfriends

BTOB and VIXX appeared together in the third season of “A Song For You” and had to act like each other’s boyfriends and girlfriends for a short time.

Did you like Sungjae’s smooth moves on Hyuk on their stargazing date, or were you more amazed by the way Ken sang his heart out to Eunkwang?

The most epic freestyle battle

BTOB’s leader Eunkwang challenged VIXX’s youngest member Hyuk to do some freestyle rapping, and the result was truly something magical.

One thing is for sure, members of the two groups are way too competitive. VIXX’s Leo and BTOB’s Minhyuk participated in a high pitch challenge with MYNAME’s Chaejin.

Check out the video to find out who won this friendly competition!

Teach me how to dougie!

What to do when your friends don’t know how to dance to Drake’s “Hotline Bling”? You show them how it’s supposed to be done! That’s what Peniel, Hyunsik, and Changsub did, when they showed off their hot moves to Hongbin in the waiting room. They are the best dance teachers indeed!

Back in 2012, VIXX and BTOB all did their version of MTV’s Video Diary, and they even did a special episode where they went out to go bowling… TOGETHER! The whole episode is full of BTOVIXX love, so you really shouldn’t miss out on this one!

The strong bond between N and Minhyuk

VIXX’s leader N and BTOB’s visual Minhyuk share a beautiful friendship, and we can often see the two of them interacting whenever their common schedules let them. Minyhuk even said Hakyeon is his soulmate. They keep BTOVIXX alive no matter what!

Five years is a long time, and there are countless selfies and pictures of the members that warm our hearts. Let’s just look at the most precious ones! 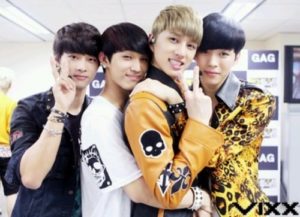 Changsub being the biggest Starlight 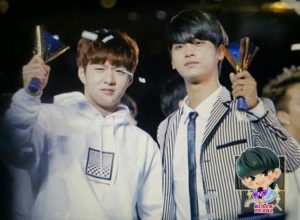 How could we forget the fabulous project group from “Hitmaker”? BTOB’s Sungjae, VIXX’s N and Hyuk, and GOT7’s Jackson were part of the superb boyband. We desperately need a comeback!

Listen to the most relatable song ever, “Stress, Come On!”

The Idol Olympics are always a perfect opportunity for idols to meet and spend some quality time together, and members of BTOB and VIXX were often spotted talking and fooling around.

Let’s recall some of their cutest interactions!

Leo and his personal cheerleader, Eunkwang

Being each other’s biggest fans

With overlapping promotions, they were there for each other for a couple of music show wins in the past years. Changsub was more than just a little enthusiastic dancing along to “Error,” too!

What’s your favorite BTOVIXX moment? Tell us in the comments below!

When she’s not studying or working, fanniberger spends her time obsessing over K-pop groups (mostly VIXX, BTS and Wanna One), binge watching dramas and variety shows and drinking way too much bubble tea. Say hi to her on Twitter and Instagram!

BTOB
VIXX
Soompi Spotlight
How does this article make you feel?