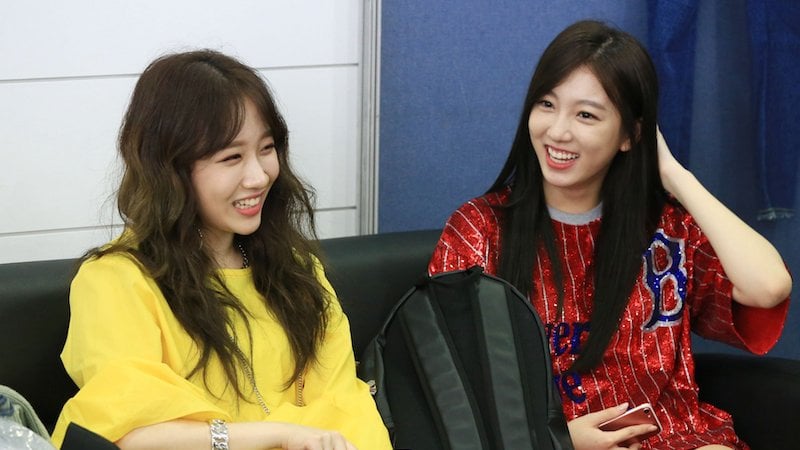 Watch: Euna Kim And Lee Suji Open Up About The Ark’s Disbandment And Perform On “The Unit”

Euna Kim and Lee Suji, former members of girl group The Ark, came on the show to try out for another chance in the spotlight. Euna Kim is a familiar face to many because she previously appeared on Mnet’s “Superstar K” and “Unpretty Rapstar.” When she walked onto the stage, rapper San E joked, “I think Euna Kim is an audition addict,” and made her laugh before starting her performance.

In the interview, Euna Kim said, “‘Superstar K’ was my first opportunity to show myself [to the public]. ‘Unpretty Rapstar’ had an intimidating atmosphere. But when I think about ‘The Unit,’ it makes me imagine different things. It’s a program that gives so many people with dreams a second chance. I think this is going to be my last audition, so I want to try my best until the end.”

Euna Kim performed “Blue Moon” by Hyorin starring Changmo. She wowed the audience and the mentors with her vocal and rap skills.

Then, it was Lee Suji’s turn, who is a friend of Euna Kim and a fellow former member of The Ark. The two were seen having fun before going up on stage. During the interview, Lee Suji talked about debuting in 2015 as a member of The Ark with members who really liked and took care of each other. Then, after two months of promotions, the group suddenly disbanded.

Euna Kim commented, “It was such a huge shock to me. When I heard about the disbandment, it didn’t make any sense. I thought, ‘No Way. That can’t be right.'” Lee Suji got teary and said, “I cried while laughing [when I heard about the disbandment]. I get emotional whenever I talk about The Ark – it’s a problem. I think it still affects me deeply.”

Watch Euna Kim and Lee Suji’s performances on “The Unit” below!

Watch the second episode of “The Unit” in full now!

The Ark
Euna Kim
The Unit
Lee Suji
How does this article make you feel?