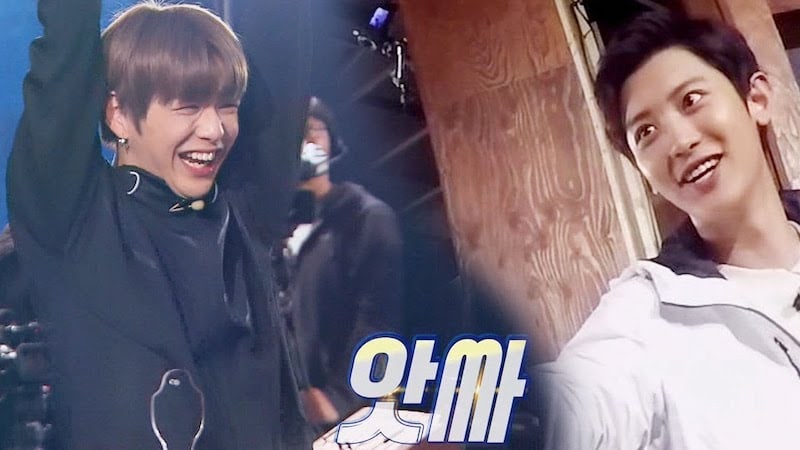 If only things had worked in Kang Daniel’s favor!

EXO’s Chanyeol and Wanna One’s Kang Daniel were two of the featured players on the November 4 broadcast of SBS’s “Master Key.”

This week, the rules have been changed from previous episodes and two unrevealed players are given the “angel’s master key” and the “devil’s master key” respectively. The goal of the remaining 10 players is to correctly find and vote for the person who holds the “angel’s master key.” As such, the real “angel’s” goal is to convince people they are in fact, the angel. Meanwhile, the “devil’s” goal is also to receive the most amount of votes, so that he will be the sole winner. If someone else who is neither the angel nor devil gets voted, then that person takes home the prize. 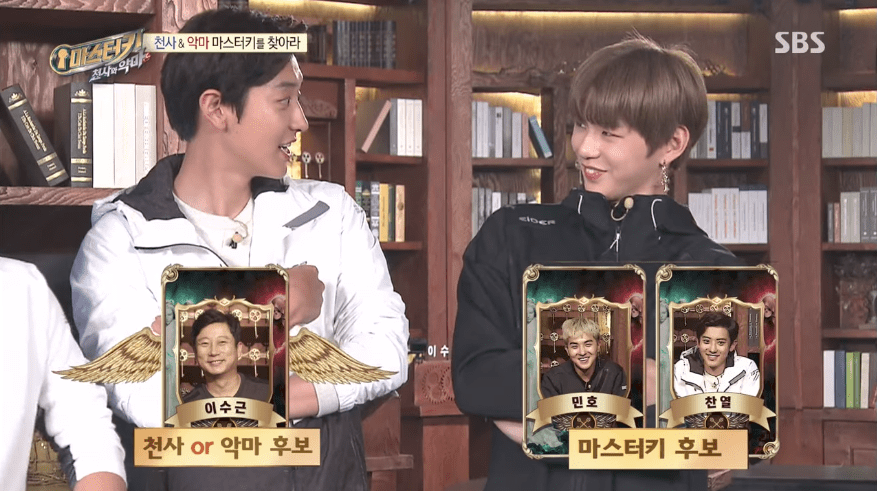 When Chanyeol loudly said, “We won’t be able to live in a world ruled by the devil,” Kang Daniel questioned, “Really?,” while appearing unconvinced about Chanyeol’s player status.

In an effort to persuade Kang Daniel, Chanyeol proclaimed to Kang Daniel, “If I’m the devil…what should I bet? What should I do for you if I actually turn out to be the devil? I can bet anything you want me to.”

Showing his love for EXO, Kang Daniel requested, “Please invite me to [EXO’s] concert.” Chanyeol insisted, “I’ll do that…I can do that for you. If I’m really the devil, I’ll have you on as a guest [performer instead].”

Momentarily forgetting about the game, Kang Daniel did a little happy dance that fellow Wanna One member Ong Sung Woo imitated. After watching their exchange, Sana commented, “[Kang Daniel’s] really happy about this.”

Watch how much Kang Daniel loves the offer in the clip below!

EXO
Wanna One
Chanyeol
Kang Daniel
Master Key
How does this article make you feel?