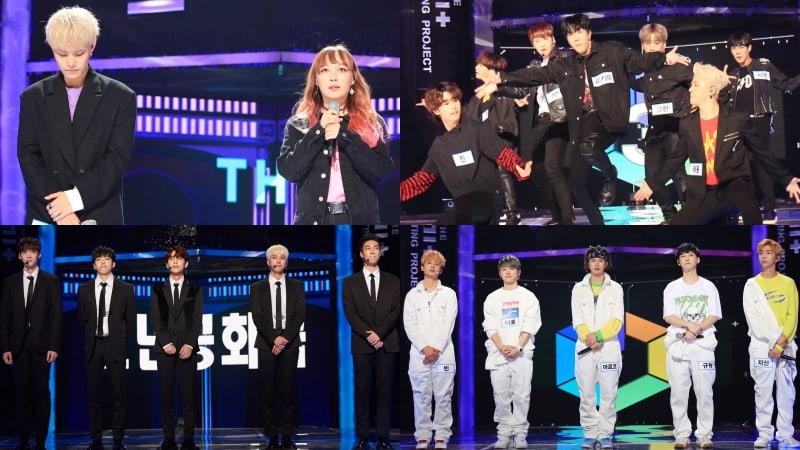 Watch: Kanto, Kang Min Hee, MVP, Boys Republic, And H.B.Y Perform For Another Chance At Fame On “The Unit”

On November 4, KBS2’s “The Unit” aired its second episode, continuing to air its first round of auditions.

TROY member Kanto and vocalist Kang Min Hee were the first co-ed group to audition on the show. The two are not an actual team but a duo that was formed to audition for the show. Kanto debuted in March of 2014 with the group TROY but came on the show to fulfill his dream. In the interview, Kanto said, “My dream is to become a superstar. I like to dance and show off my talents on stage, so I didn’t have a reason not to come on the show.”

Kang Min Hee is a vocalist for hip hop duo Miss $ but became more famous as a featuring singer on tracks. The two performed Beenzino’s “Boogie On & On” and impressed judges with their singing, dancing, and rapping. Both Kanto and Kang Min Hee passed onto the next round. Rain praised Kanto and said, “I think we found the character we were looking for.”

Rookie group MVP appeared on stage where all seven members performed their rendition of GOT7’s “Hard Carry” for the judges. However, their choreography was not perfectly in sync which the judges were quick to criticize following the performance. SHINee’s Taemin gave them another chance and asked them to perform any other dance.

After the performance, the mentors were full of praise. San E said, “This is much better,” and Rain added, “If you showed this impactful [stage] at the beginning, you all would’ve passed with the Super Boot. Now this is in-sync choreography.” SHINee’s Taemin also joined in and commented, “When I see friends who are working hard like this, I want to cheer them on.”

In the end, MVP members P.K., Rayoon, and Jin passed onto the second round.

All five members of Boys Republic tried out for their chance on the show with their performance of EXO’s “Overdose” and a remix dance break. HyunA praised the teamwork but was disappointed in the lack of anything else that could be felt from the performance.

Rain asked Boys Republic’s Sungjun if he was really the best dancer of the team, and he danced to Ed Sheeran’s “Galway Girl” in response. Rain asked if any other members thought they were better than Sungjun and wanted to show their dance. Minsu raised his hand and dance freestyle to a remix of “Never Be Like You” by Flume.

Three-month-old rookie group H.B.Y appeared with all five members on “The Unit.” H.B.Y member Marco caught the attention of the judges, and they watched excitedly with high anticipation. H.B.Y performed Block B’s “Nillili Mambo” and showed their vocal, rap, and dance skills on stage which gained them five boots from the audience.

Rain was unimpressed with the stage and frankly told Marco that it was less than he expected. In response, Marco freestyle danced to DJ Khaled’s “Fed Up” where he showcased more of his dance skills and charm for the judges. Rain remarked, “There’s a difference between goofing off while having skills and goofing off without any, but it was cool to watch you have fun on stage with skills,” and also praised the gap between his appearance before and during performing.

All of the senior mentors chose to pass Marco but none of the other members.