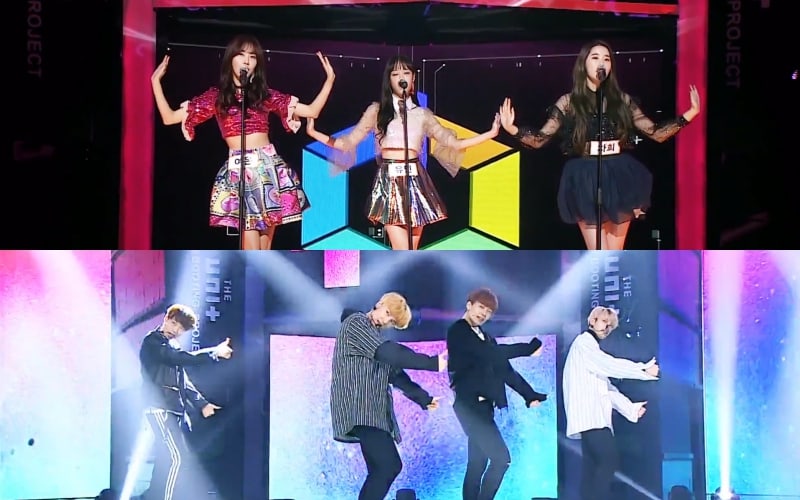 Girl group Melody Day and boy group IM each received a “super boot” from the audience on “The Unit”!

On the November 4 episode of idol rebooting show “The Unit,” participants gave various performances to impress the judges and the audience.

Melody Day, a four-member girl group who debuted in 2014, revealed that they joined the program because they had lost the public’s attention during their long breaks between comebacks. The girl group then sang and danced to TaeTiSeo’s “Twinkle.” With their fancy performance and perfect singing skills, more than 90 percent of the audience chose to give them the super boot. Urban Zakapa’s Jo Hyun Ah, one of the judges, praised them, “You are born with the abilities to hit those high notes.”

Boy group IM who just debuted this year also received a super boot for their outstanding performance. IM’s Gi Joong was already known for being the youngest male contestant and the center of the music video “My Turn.” The group performed SEVENTEEN’s “Very Nice,” impressing both the judges and the audience and succeeding in getting a super boot. Rain complimented Gi Joong’s charismatic eyes, jokingly asking him why he stared at Rain while performing. Gi Joong made everyone laugh by replying that it was because Rain was so good looking.

Melody Day
The Unit
IM (group)
How does this article make you feel?