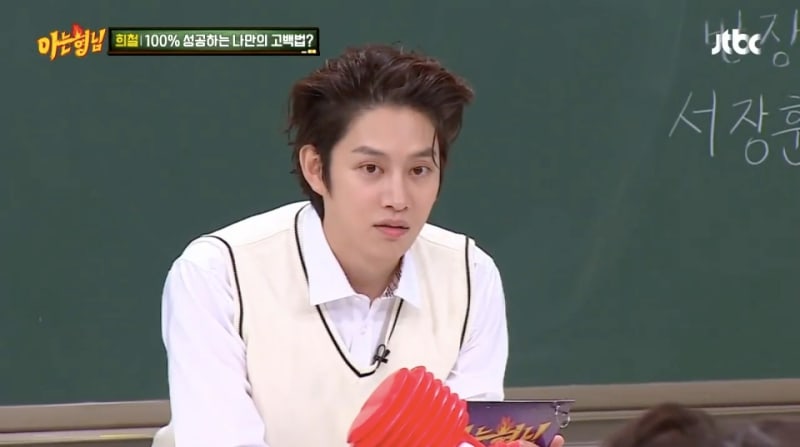 On the November 4 episode of JTBC’s “Ask Us Anything,” Super Junior’s Kim Heechul shared his personal strategy for confessing to a girl.

Heechul claimed that even though he was not good at maintaining romantic relationships, often getting dumped early on, he was a master at confessing. Even when his fellow Super Junior members were teasing him about his love life, the idol insisted that he has never been rejected.

He revealed that his secret to achieving his 100 percent success rate was to say, “Go out with me. I’ll close my eyes, so if you like me back, kiss me. If you don’t like me, just say so and leave.” In response, Lee Soo Geun pointed out, “That only works because it’s you. If it were someone else, the girl would spit on him and leave.”

Donghae added, “Heechul is a real man. If he likes someone, he’ll tell her, ‘I’m going to confess to you today, so I’ll call you later on.'”

What do you think of Heechul’s way of telling someone he likes them?