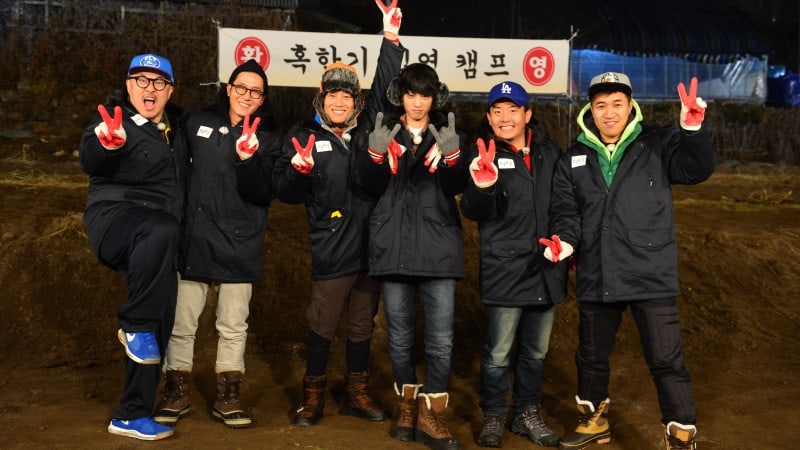 The “in memoriam” episode, announced only the same morning, featured highlights of his time on the variety show, including his first meeting with the cast, his earning of the nickname Gutaengie-Hyung, the appearance of his close friends like his agency head and actress Moon Geun Young, the time the show revisited photographs of his parents, and finally his last episode as a regular cast member.

At the end of the episode, the “2 Days & 1 Night” members recorded their final farewells to their former castmate, including Jung Joon Young, who was not able to attend the funeral after the news of his passing was delayed by communication issues on “Law of the Jungle.”

In Jung Joon Young’s message, he said, “Hyung was always a cool hyung to us and more beloved than anyone. When I was on hiatus from ‘2 Days & 1 Night,’ I contacted all the hyungs as soon as I arrived back in Korea, but Joo Hyuk hyung thought I might have been having a hard time so he came to see me in person. You came to see me when I was having a hard time, but I’m so sorry that I was not able to do the same for you. I want to go to your side now as fast as possible.”

Also shedding tears, Kim Jun Ho said, “We will never forget you. Our Gutaengie-hyung, I hope you can rest in peace in a good place now.”

At the end of the video messages, the production staff revealed a video that Kim Joo Hyuk had sent them two weeks ago to commemorate the show’s 10th anniversary.

In the video, Kim Joo Hyuk said, “Congratulations on your 10th anniversary. It’s really impressive for a show to go on for 10 years. I think this is all due to the viewers. I hope that the members can work even harder from now on so that a program like ‘2 Days & 1 Night’ doesn’t have to end. I say this every time, but I really miss the show, and I am always cheering the members on.”

The beloved actor passed away in a car accident on October 30 at the age of 45. He was a cast member of “2 Days & 1 Night” from the beginning of Season 3 until December 2015.

You can watch the latest episode of “2 Days & 1 Night” below: