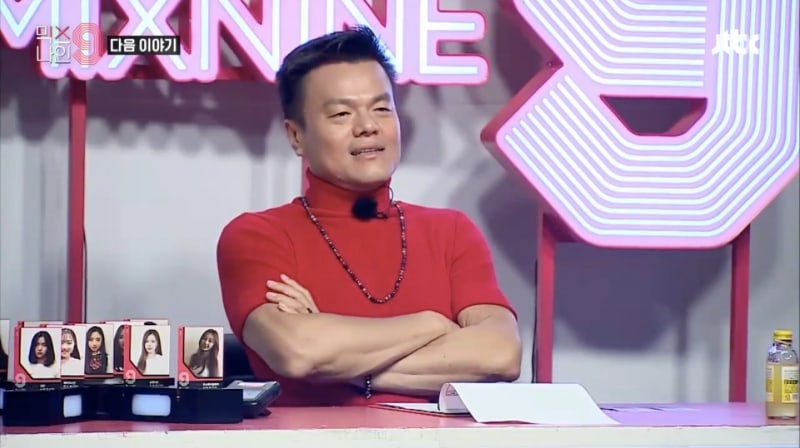 JTBC has released a sneak peek at next week’s “MIXNINE” episode, and it looks like Park Jin Young won’t be going easy on the trainees from YG Entertainment.

After Yang Hyun Suk’s visit to JYP Entertainment on the November 5 episode of “MIXNINE,” Park Jin Young will turn the tables next week when he visits YG as a judge. The teaser shows us a glimpse of his evaluations, and it appears as though Yang Hyun Suk is none too pleased about what the JYP Entertainment producer has to say.

In the preview, Park Jin Young seems unimpressed with the YG trainees’ performances, saying, “There was nothing much to see” and “All three of you, that wasn’t dancing.” He adds, “When you have such strong physical attributes to your advantage, why aren’t you able to make use of any of them?”

Yang Hyun Suk, who is watching the evaluations from another room, responds by swearing and telling the producers, “We’ll have to mute out any profanity later.” By the end of the teaser, he declares, “I’m so irritated that I think we’re going to have to end filming for today.”

Watch the preview for the November 12 episode below!