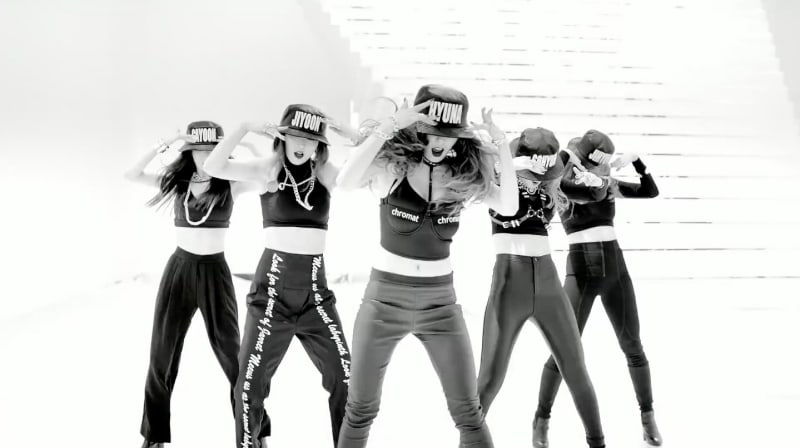 On November 5, the music video for “Crazy” finally reached 100 million views on YouTube, making it 4Minute’s first video to do so. While member HyunA had previously hit 100 million views with her solo music videos for “Bubble Pop” and “Ice Cream,” the group as a whole had not achieved this milestone before.

“Crazy” was released in February 2015 and quickly became one of the group’s most iconic hits, winning seven trophies on music shows in just two weeks. The music video also attracted attention for its stylish direction and powerful choreography.

Sadly, 4Minute disbanded in June 2016 after seven years of promotions together. However, with this new accomplishment, the girl group joins the exclusive ranks of the legendary K-pop acts that have achieved this feat, such as PSY, BIGBANG, Girls’ Generation, Super Junior, 2NE1, EXO, BTS, f(x), TWICE, GOT7, and BLACKPINK.

Congratulations to 4Minute! Check out the music video for “Crazy” again!

4Minute
Crazy
MV Record
How does this article make you feel?