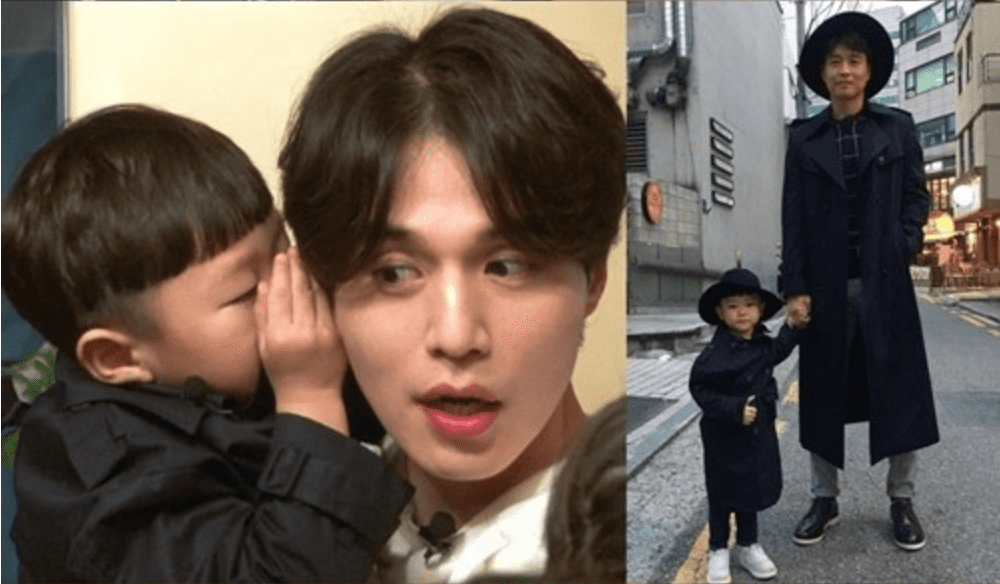 On the November 5 episode of KBS’s “The Return of Superman,” Si An, Seol Ah, and Soo Ah reunited with their beloved “uncle” Lee Dong Wook. 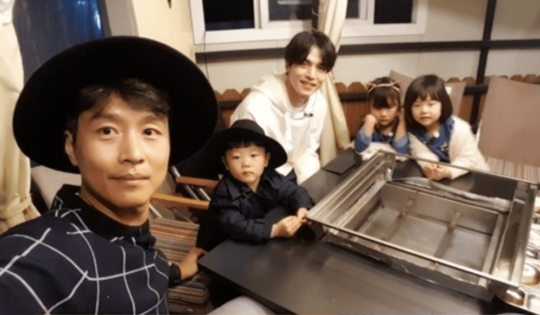 However, they got off to a funny start when Lee Dong Wook accidentally called Si An by his former name, Daebak, and received a “punishment” from Si An in return.

When later Si An’s father, Lee Dong Gook, teased his son, Lee Dong Wook asked Si An, “Does he always prank you? Do you want to join forces and get revenge?” Si An then started whispering in Lee Dong Wook’s ear, which turned out to be the story of the time Lee Dong Gook had stolen his son’s sausage. 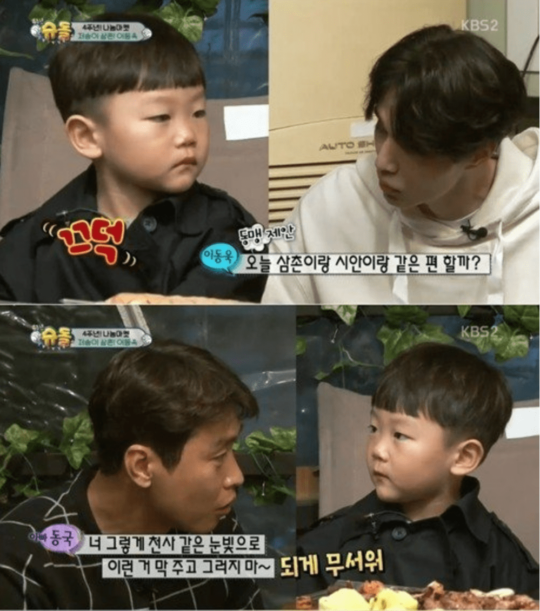 As part of his revenge, Si An made lettuce wraps for Lee Dong Wook, provoking his father’s jealousy. He then made one for his father too, which turned out to be full of hot peppers! Although Lee Dong Gook tried apologizing to Si An, he was in the end forced to eat the wrap, and Si An told him, “Stop teasing me now, Dad.” 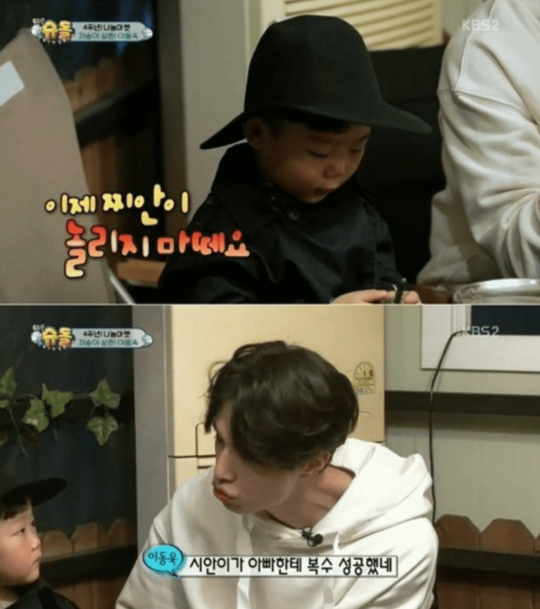 What a cute revenge!

You can watch the latest episode of “The Return of Superman” below:

Lee Dong Wook
Lee Dong Gook
The Return of Superman
Si An
How does this article make you feel?