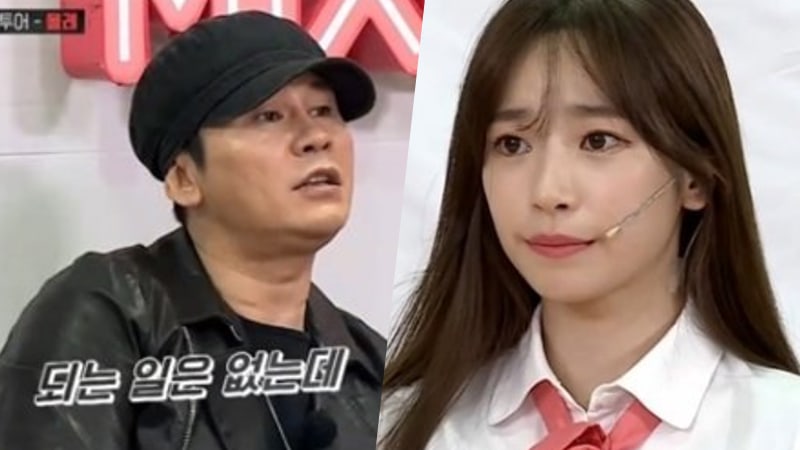 YG Entertainment founder Yang Hyun Suk has put himself on the receiving end of a lot of viewer criticism because of his harsh statements toward CocoSori’s Sori, who appeared on “MIXNINE” with some of her fellow Real Girls Project (R.G.P; a project group) members, Yukika, Yeeun, and Youngjoo.

On the November 5 episode of “MIXNINE,” Yang Hyun Suk visited Mole Entertainment for auditions. After looking at Sori’s file, Yang Hyun Suk said, “You’re a bit older. Twenty-eight. To be an idol, your age is… isn’t it retirement age?” 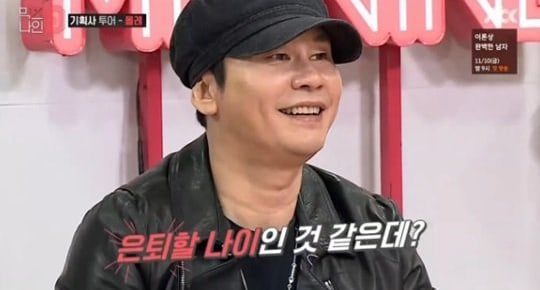 Sori: “Really? But it’s just the beginning for me.”

Yang Hyun Suk: “Then what have you been doing all this time?”

Sori: “I was a trainee for a while, but there were a lot of cases where [our team] would fall apart or other things would happen. I went through that kind of situation again and again, and finally, last year in January, I debuted through the group CocoSori.”

Yang Hyun Suk: “CocoSori? It was a failure, right? I’m just being straight with you.”

Sori: “We released a second single, and…”

Sori: “…Yes. That’s why I’m here. So I’m in CocoSori, and also Real Girls Project through this drama…”

Yang Hyun Suk: “You’ve done an awful lot of things and haven’t really succeeded in any of them.”

Yang Hyun Suk: “I don’t think you’re in a position to be having fun.”

Yang Hyun Suk’s remarks, which, viewers said, reduced Sori’s years of hard work to a few words, elicited a lot of criticism for the YG founder.

In the end, Sori, as well as her team members, passed. After this exchange, Sori performed her song for Yang Hyun Suk, which her gave her good marks on. Upon watching the other R.G.P members perform, Yang Hyun Suk said, “I can feel your support for each other and your hope that your teammates will make it even if you don’t. I would like for you to give that support to each other from close by, so everyone is moving on to the next round.”

Yang Hyun Suk
MIXNINE
How does this article make you feel?