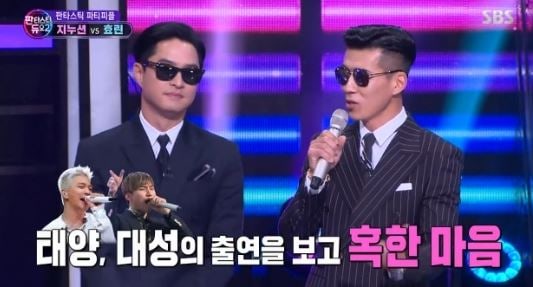 On the November 5 episode of “Fantastic Duo 2,” Jinusean revealed the reason why, after all these years, they finally decided to come on the show.

The theme for this episode was party people. Former SISTAR member Hyorin was the singer to go against the veteran team, who recently celebrated their 20th anniversary. Hyorin wowed the audience with the performance of her song “Paradise,” and afterwards, she teamed up with Jinusean for “Tell Me One More Time.”

Host Jun Hyun Moo asked Jinusean, “The staff tried for two years to get you guys on the show. Why did you appear now?” Sean replied, “We saw Taeyang and Daesung on the show, and it looked fun and cool. But the biggest reason why [we came on the show] is…” He handed the microphone to Jinu, who honestly answered, “[We came on the show] because Yang Hyun Suk told us to.” 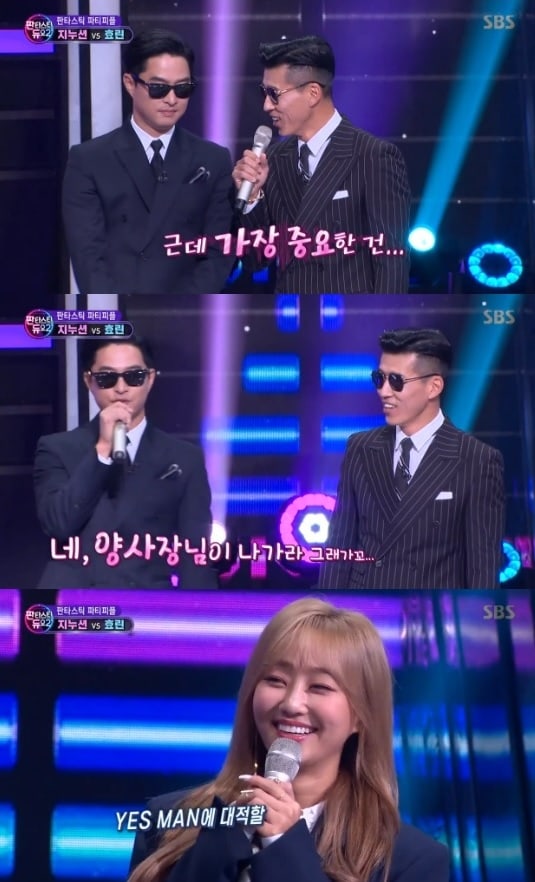 Watch the latest episode of “Fantastic Duo 2” on Rakuten Viki!

Jinusean
Fantastic Duo 2
How does this article make you feel?