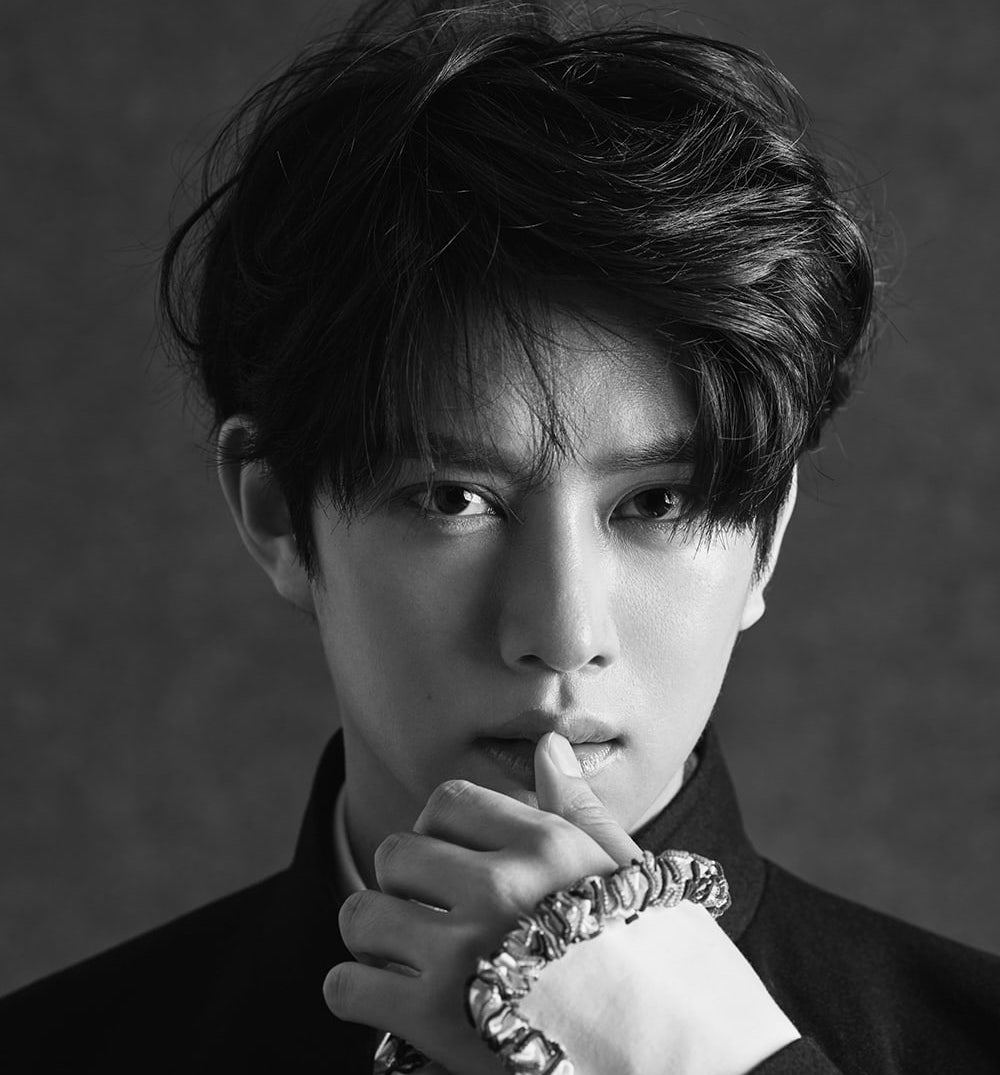 At a press conference for Super Junior’s new album, Kim Heechul talked about why he decided to open up about his injury before their comeback.

A reporter mentioned during the conference that many fans are worried about Kim Heechul after he posted recently on Instagram to talk about the chronic pain in his ankle caused by a car accident in 2006. Kim Heechul first replied by thanking everyone for their concern.

“Since 11 years ago when I was in a car accident, every time we’ve done a comeback, I’ve heard the same things,” he said. “For example, when we were doing performances of ‘Rokkugo’ and ‘Don’t Don,’ there were a lot of postings that said things like ‘Just go to the army,’ or ‘You purposely got in an accident to avoid going to the army.’”

He went on to say that during “Sorry Sorry,” Eunhyuk had arranged their choreography so that he could dance in just the latter part because of his ankle. “People then commented, ‘He’s earning money so easily,’” said Kim Heechul.

He said that such comments continued even after he was discharged from the military (where he was in the civil service), and throughout more recent comebacks such as with “Mamacita” and “Devil.”

“If I was fun and passionate at a concert for example, I’d be told ‘Go to the army,’” said Kim Heechul. “If the members arranged it so that I was only appearing in the end part, then the comments would say, ‘His job is so easy.’ I think internet comments inevitably end up being like a constraint.”

Kim Heechul said that he’d thought for a long time about when to talk about his injury. “It was getting worse with age, and the doctor said it wasn’t possible for it to get better and that I’d need to keep up rehabilitation treatments so that it wouldn’t get worse,” said Kim Heechul. “So Eunhyuk, Shindong, and the members changed the ‘Black Suit’ choreography, even though we’re missing a member, so that I would only be at the end again.”

He explained that he had posted on Instagram because of this, but added that he didn’t really think anything would be different because of his post. “They’ll still keep commenting in the same way, but I wanted to talk to the fans who support me and Super Junior,” he said. “The fans have been frustrated about the malicious comments and saying, ‘Why aren’t the members suing them? Why doesn’t SM sue them?’ I wondered if it wouldn’t help a bit [to post].”

Super Junior made a comeback on November 6 with their new album “PLAY,” featuring the title track “Black Suit.”