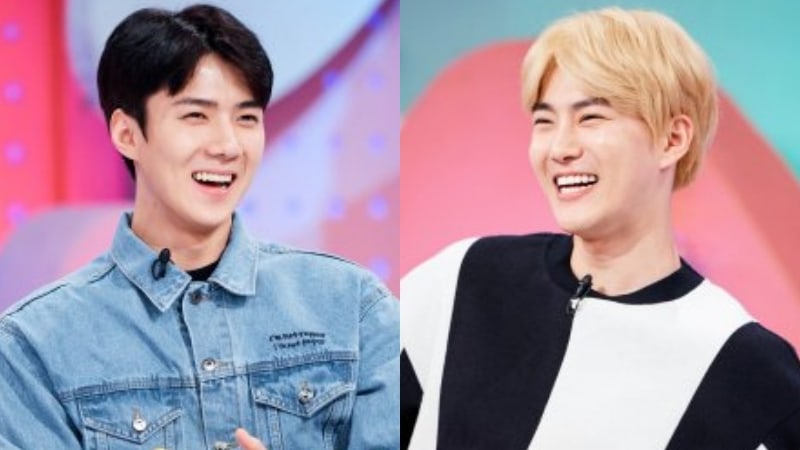 EXO members Suho and Sehun appeared on the November 6 episode of KBS2’s “Hello Counselor,” where they talked about some of their own worries.

“Hello Counselor” is a show in which ordinary people appear to tell stories about their problems and receive advice from a panel of hosts and celebrity guests. The guests are also invited to talk about their own concerns.

In this week’s episode, Suho said, “Sehun almost came on ‘Hello Counselor’ because of a concern.” Sehun explained, “I was roommates with Suho for five years, but whenever he ate something, he would leave it next to my bed and not clean up.”

After listening, the MCs asked if Sehun cleaned the room since Suho didn’t. Sehun made everyone laugh when he confidently answered, “I didn’t clean either,” then revealed that the two recently split up into separate rooms. 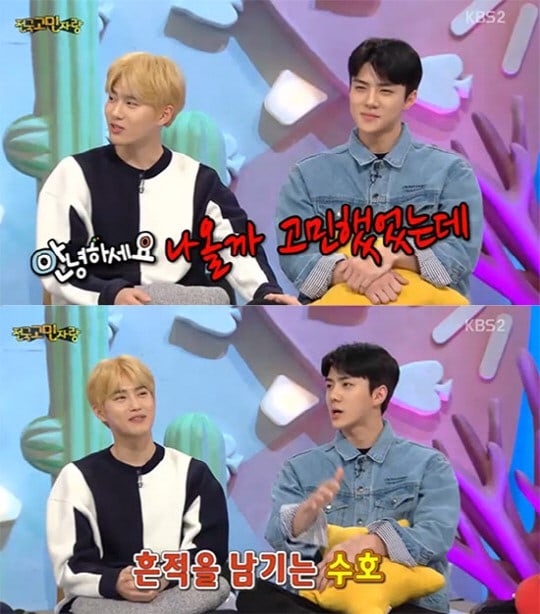 When asked if he had any concerns of his own, Suho answered, “I have a problem of not being able to throw things away, so I still have clothes from when I was in school.”

EXO
Hello Counselor
Suho
Sehun
How does this article make you feel?