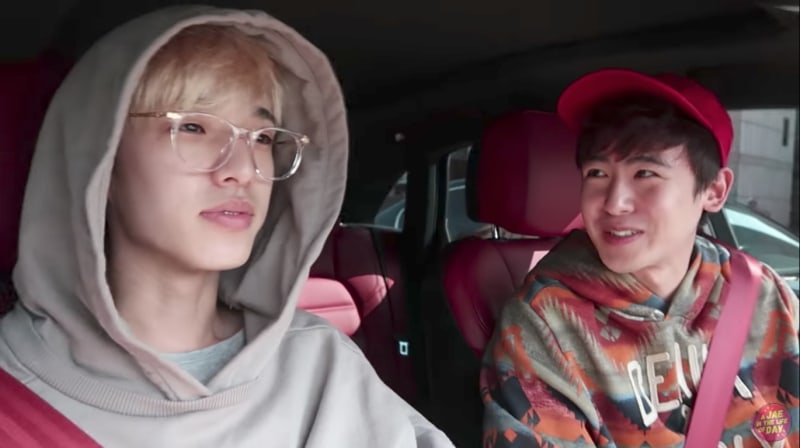 The two JYP Entertainment artists drove around in Nichkhun’s car, grabbed Mexican food at a restaurant, and answered fan-submitted questions. One fan asked, “What did he [Nichkhun] tell [GOT7’s] JB for about one or two hours after the company’s dinner after NATION?”

Nichkhun began by talking about how he likes to ask people how they’re doing and if they need someone to talk to. Then, he shed some light on his conversation with JB.

Nichkhun said, “JB was having kind of a crisis with him being a leader.” As a senior in the music industry, Nichkhun used his personal experience to give advice to JB. He also praised JB and added, “He’s already doing well for himself and the group.” Jay and Nichkhun continued answering questions in the video and talked about their jobs, Taecyeon, music, and more.

Watch the latest JaeSix video below!

GOT7
DAY6
2PM
Jae
JAY B
Nichkhun
How does this article make you feel?