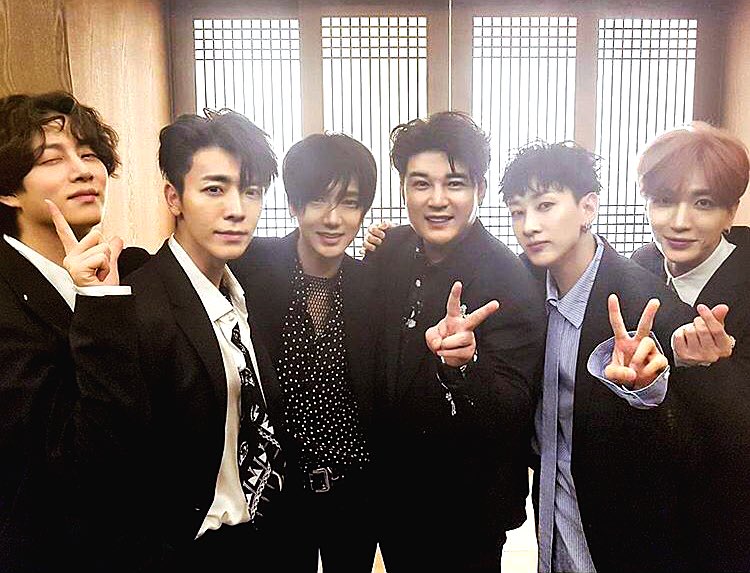 Super Junior Opens Up About Promoting As An Older Group

Super Junior recently made a comeback with their newest album “Play,” which has the double meaning of to have fun and to playback music. Their title track “Black Suit” is about a confident man wearing a black suit and stealing the heart of a woman.

Like their title track, the members wore black suits during their performances. They also revealed in an interview that they think they look best in suits. Donghae commented, “It’s something we heard the most often during our ‘Sorry Sorry’ promotions. I think there isn’t a group that can pull off suits like our group. All the members are in our 30s and we want to show off our maturity. I think we are finally becoming more manly. Even though it’s physically hard to perform powerful dance moves, we are overcoming it through hard effort.”

On their popularity, Leeteuk explained, “When we first started promoting, people were still using tapes. K-Pop was a genre of music that was only enjoyed by a small number of fans overseas. However, K-Pop is now its own culture and it’s a type of music that the majority can enjoy. Just as we went wild for New Kids On The Block or Michael Jackson, people in other countries are enjoying K-Pop. I’m very happy that we were able to lead the way for that. We want to be a group that always is seen as rivals by other groups of that generation, no matter how much time goes by.”

Along with various comeback promotions, Super Junior will be holding their “Super Show 7” at the Jamsil Indoor Stadium on December 16-17.