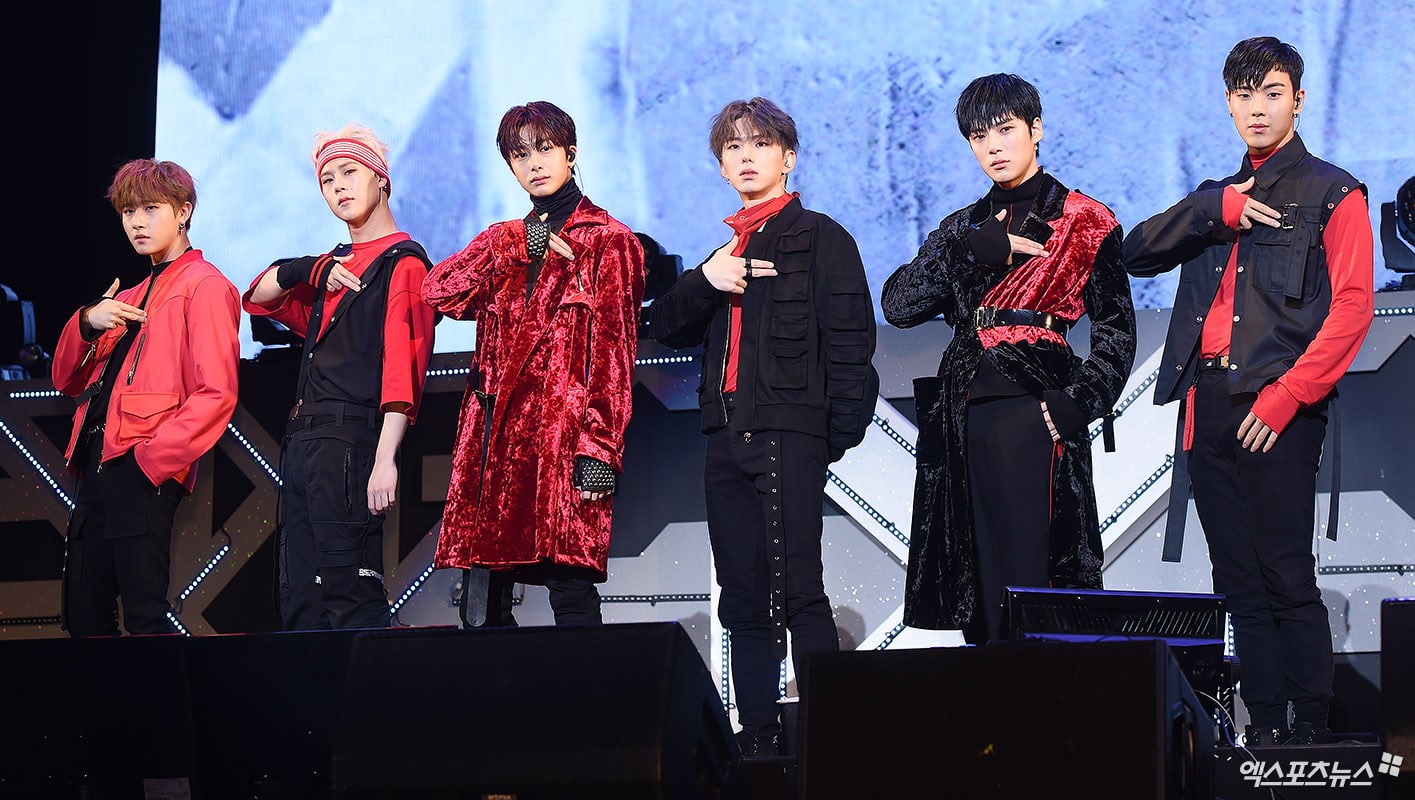 On November 7, MONSTA X held a showcase to celebrate the release of their fifth mini album “The Code” and opened up about their world tour experience and how it helped shape their new album.

The group has been busy this year on a world tour, holding 18 performances in 16 cities across seven countries. When asked about their experience, Shownu smiled and said, “The tour filled us with so much passion and joy about performing on stage, and it was a meaningful and fun experience.” Jooheon added, “We were so grateful and amazed to see people singing along to our songs even though we speak different languages.”

Talking about how the world tour has influenced their new mini album, Shownu said, “While on our world tour and meeting fans from around the world, we thought a lot about what kind of music our fans will like. And I hope we answered that question in this new album. We’ve missed our Korean fans so we’re excited to be here.” I.M also stated, “Even just traveling around was a big inspiration for us and our music. While on our world tour, we did a lot of local traveling to learn about each country’s culture and history.”

Hyungwon was unable to participate in MONSTA X’s first world tour as he required treatment for cellulitis. When asked about it, he said, “I had to be hospitalized to receive treatment, so I couldn’t go on the world tour and had to just watch from the sidelines. I was really anticipating the world tour, so it was unfortunate that I couldn’t participate. But I’ve recovered and gotten much better now. I’ve been working hard to prepare for our new promotional activities.”

With member Wonho unable to participate in the day’s events due to health concerns, the members concluded with a promise to fans that they will do their best to complete their upcoming round of promotional activities with no additional health concerns.

MONSTA X will return at 6 p.m. KST on November 7 with their new mini album “The Code.” Check out their teasers before the album drops!

MONSTA X
Hyungwon
shownu
I.M
XPN
How does this article make you feel?