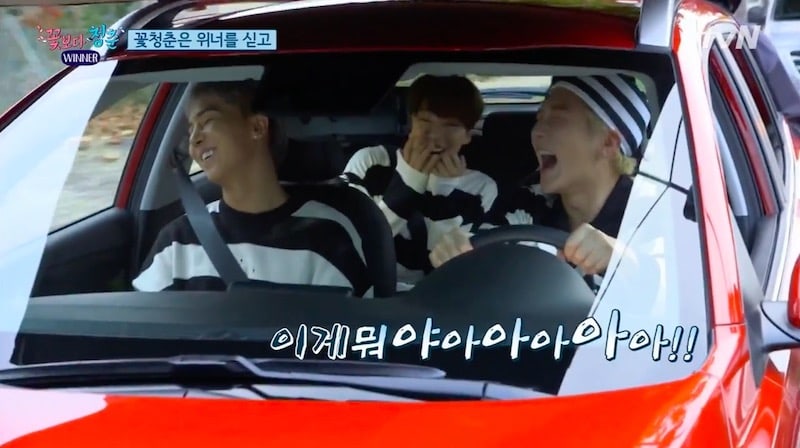 Watch: WINNER Gets Totally Tricked By “Youth Over Flowers” Team Despite Being So Prepared To Be Kidnapped

“Youth Over Flowers” has finally revealed how the show managed to surprise WINNER for their kidnapping, which was much anticipated by both fans and the guys!

“Youth Over Flowers” is a tvN travel show that features a group of celebrity friends traveling together, with the beginning’s key point being that the producers whisk them away on a sudden trip, meaning they’re unable to pack and prepare.

WINNER’s trip for the show is special because it came about after Song Mino asked producing director (PD) Na Young Suk to take him and his members on a “Youth Over Flowers” trip as a prize when he was filming one of the PD’s other shows, “New Journey to the West 4.” Na Young Suk agreed then to make Song Mino’s wish come true.

Since WINNER has known that they’re about to be kidnapped for the show, the guys have naturally been vigilant and suspicious about everything they were told, in case they might be being led into a “Youth Over Flowers” trap.

However, the November 7 premiere of their “Youth Over Flowers” and “New Journey to the West” collaboration special revealed that they still managed to be completely fooled!

The premiere showed how the guys have been in a constant state of readiness for their kidnapping. The “Youth Over Flowers” production team rose to the challenge as they always do, enlisting the help of their managers, YG Entertainment staff, industry professionals, and more for an epic kidnapping.

Through footage taken of the guys in the days ahead of their trip, viewers could see Song Mino and Kang Seung Yoon carrying around big bags full of stuff they might need for their trip. Song Mino later admitted, “I also always wore nice clothes outside. Even when just going to the store in front of our place or the studio, I’d wear a pink jacket or something, just in case.” 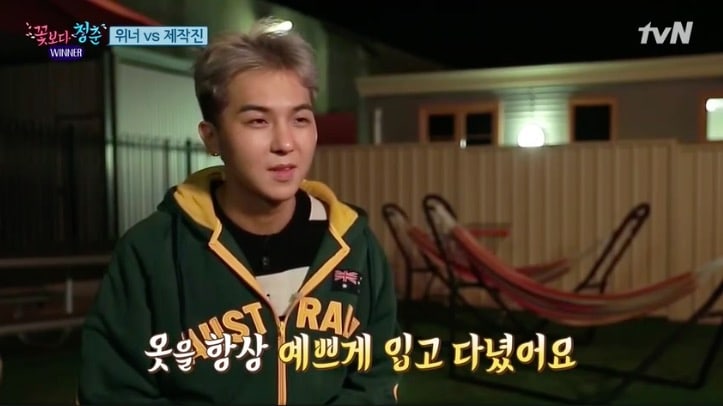 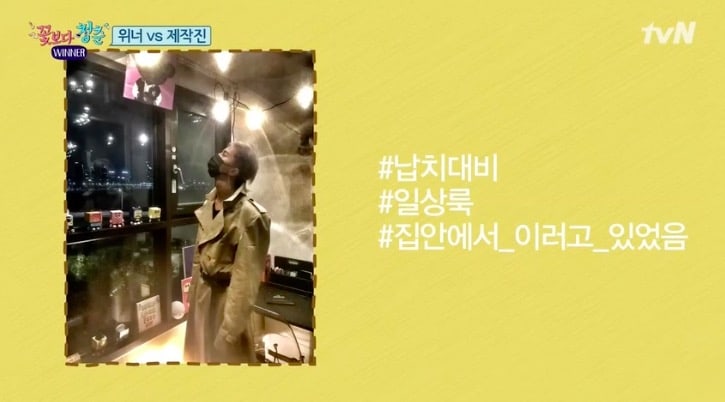 The production staff also realized that Kim Jin Woo was always wearing a small bag, so they asked him about it after the kidnapping. “It was because of this!” Kim Jin Woo said with a laugh, and said he kept his credit card and snacks in there.

Hilariously, when they asked him where it was after the kidnapping, he laughed and said, “They said it’s at the dorm!” Although Kim Jin Woo had been wearing it that day, he had to change into a costume and wasn’t wearing it during their kidnapping. 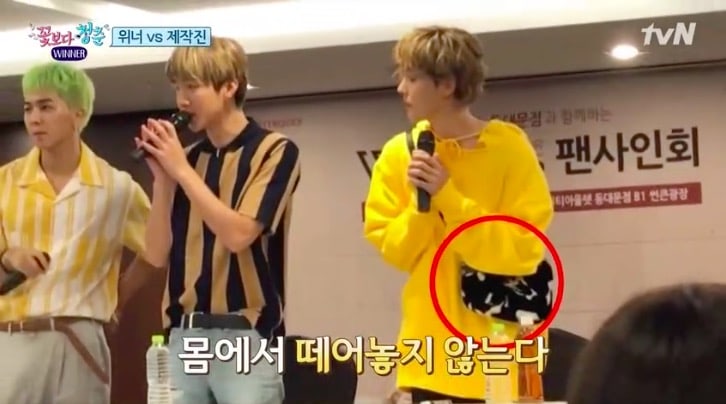 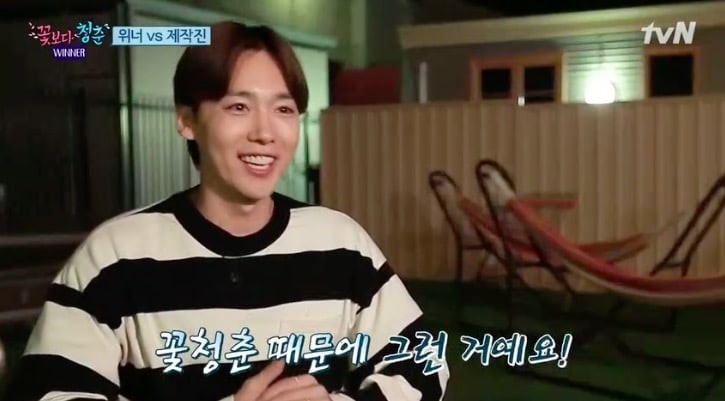 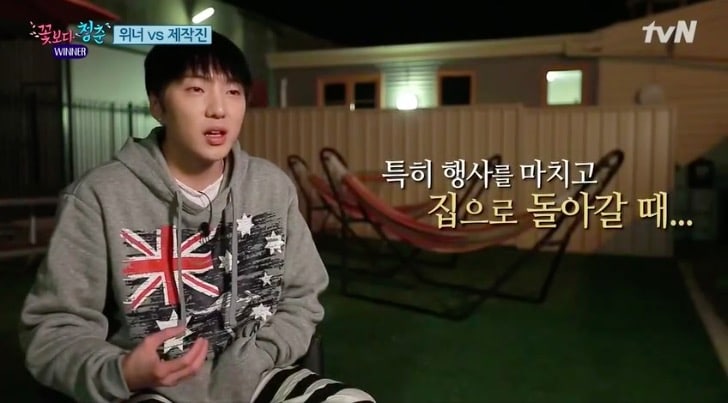 “Youth Over Flowers” then went into detail about how the production team got ready for the kidnapping, which was going to go down while the guys thought they were filming a commercial for a new car.

The team appeared to have thought of every detail to make sure the guys were fooled, including hiring a real commerical director, involving YG Entertainment’s advertisement team and stylists, drawing up official documents, creating a storyboard for the commercial, hiring food trucks for the shoot, and more. 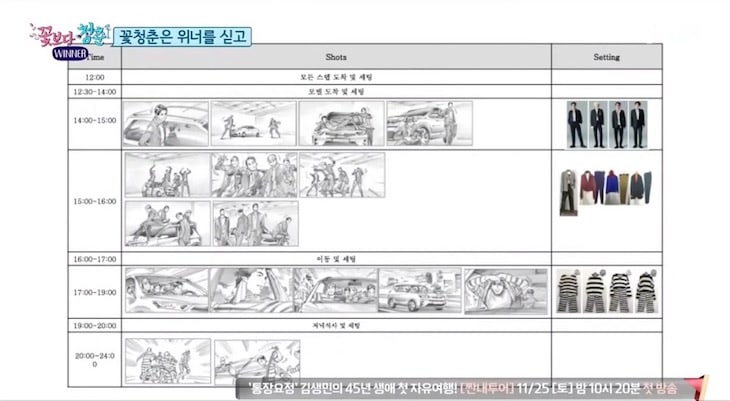 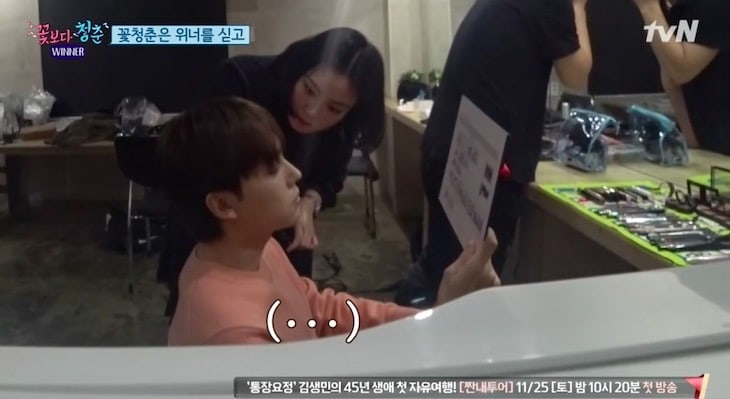 Their hilarious plan was to have the guys wear prison uniforms while riding in a car that was being pulled by a pick-up truck for the shoot. They’d film the commercial while listening to their song “Island,” before being told that their car was being pulled straight to the airport to go to Australia!

Some of the members were initially suspicious about the prison uniforms, but they were told the concept was people escaping from office life. It was also linked to the lyric “I’ll save you from the prison of gray buildings” in “Island.”

After filming cool shots of themselves with the “new” car that they were supposed to be advertising, they got into their prison outfits and began the car scene filming, which they were promised would only show up for a short time in the commercial. 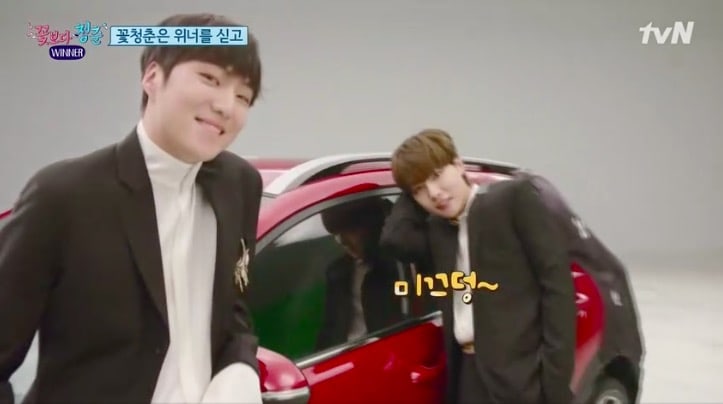 As always, Na Young Suk had big plans for the kidnapping reveal moment.

While the guys were happily filming, they were pulled over for some supposed equipment changes. The professional commercial director and Na Young Suk then skillfully switched places, before Na Young Suk hid in the back of the pick-up truck.

Once they restarted filming, the staff pretended to not know where their director had gone. Na Young Suk then jumped out in the place of the director to announce, “I’ll be filming now!” 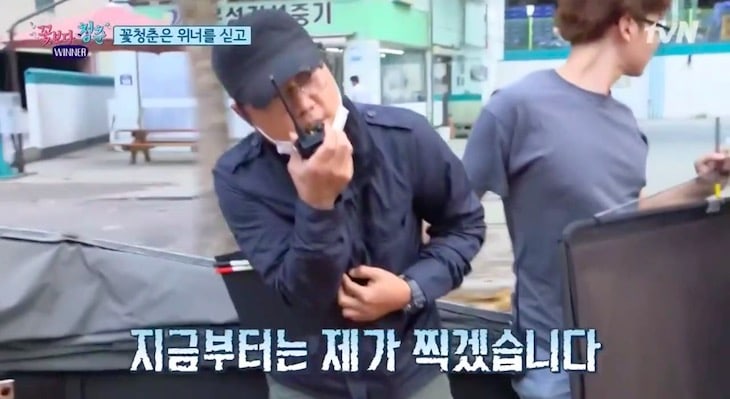 As the guys flipped out in complete shock, Na Young Suk announced that they’d be heading to the airport. WINNER hilariously seemed to be unable to believe it, yelling out, “There’s really no commercial?!”, “You even recruited our company’s advertising team?!” and “That storyboard was way too high quality though!” 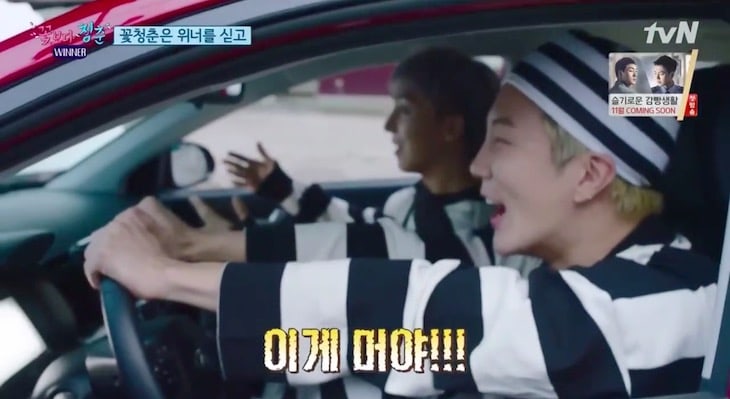 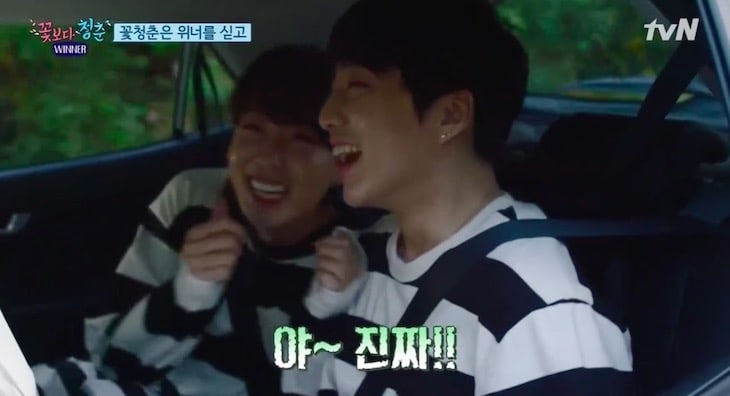 While things started to sink in, Kang Seung Yoon pointed out that he was scheduled to film for his drama the day after next. “Your drama filming?” asked Na Young Suk from the truck. “That was a lie.” Kang Seung Yoon’s jaw dropped in shock as Na Young Suk explained that the shows have the same writer, making it easy to fool him. 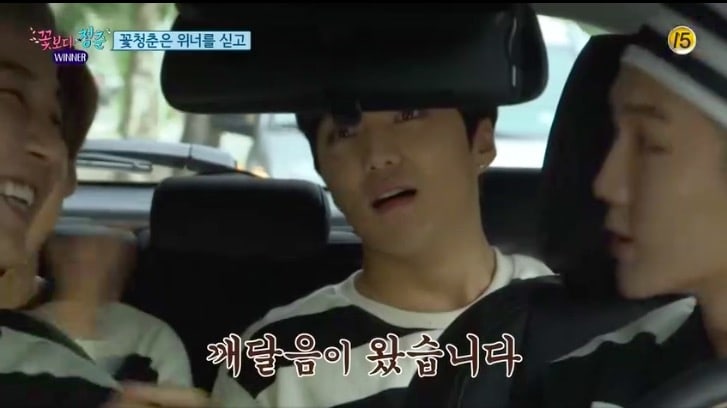 Watch the guys find out they’ve been thoroughly tricked in the clip below!

After their initial shock, WINNER was then told they’d be switching to another vehicle for the ride to the airport for safety reasons, and they got to express their complete disbelief at all their staff before they officially began their trip.

Watch more of WINNER and this amazing deception in the November 7 episode of “Youth Over Flowers”!