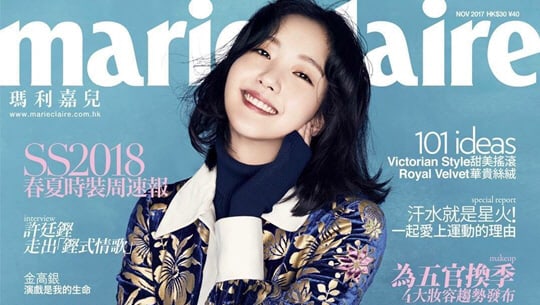 Kim Go Eun recently graced the cover of the Hong Kong edition of fashion magazine Marie Claire, and in the interview that followed the photo shoot, she talked about a variety of topics, including “Goblin” and her experience living in China.

First off, Kim Go Eun said she is really happy and grateful that she was able to film “Goblin” and admitted she enjoyed playing the role of Ji Eun Tak because she received so much more love than she expected. When asked what the most memorable part of the drama was, she chose the scene where the two protagonists reunited in Canada after being apart for nine years.

Explaining how they actually went to Canada to film, Kim Go Eun said, “I remember [the scene] especially because I seriously immersed myself while filming because I felt mentally burdened and worried about that scene. It was a scene that was very burdensome for both protagonists, but I was happy to have felt such emotions.” 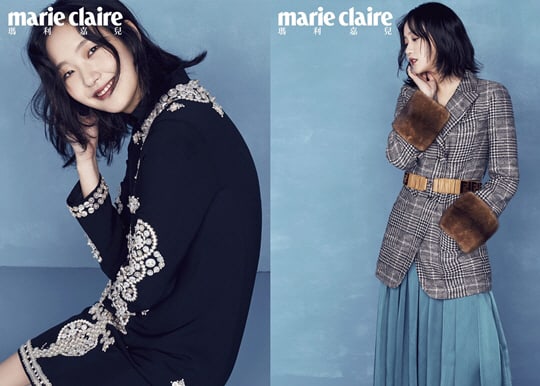 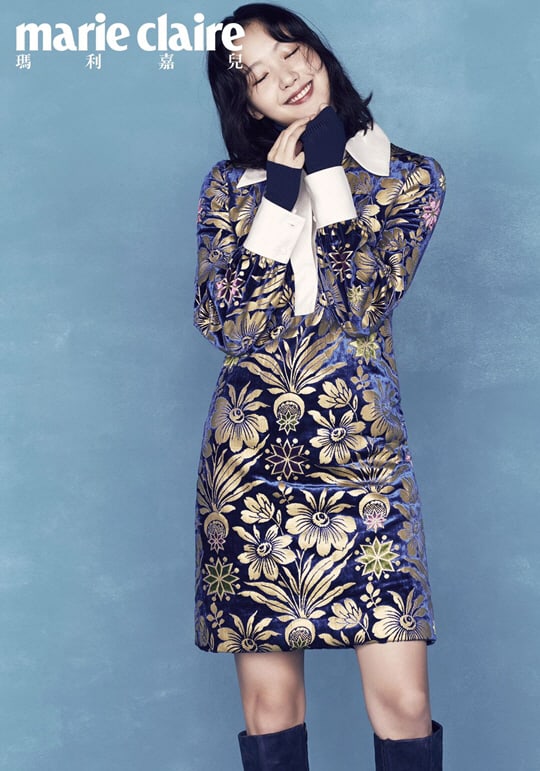 The actress also revealed how she lived in China for ten years, in both Beijing and a remote city, and shared how that greatly affected her acting. She stated, “[The place I lived in China] was a less urbanized area. There was a large lake nearby, and I rode horses and played with dogs. That special experience has helped me build my acting skills.”

Marie Claire
Kim Go Eun
Goblin
How does this article make you feel?