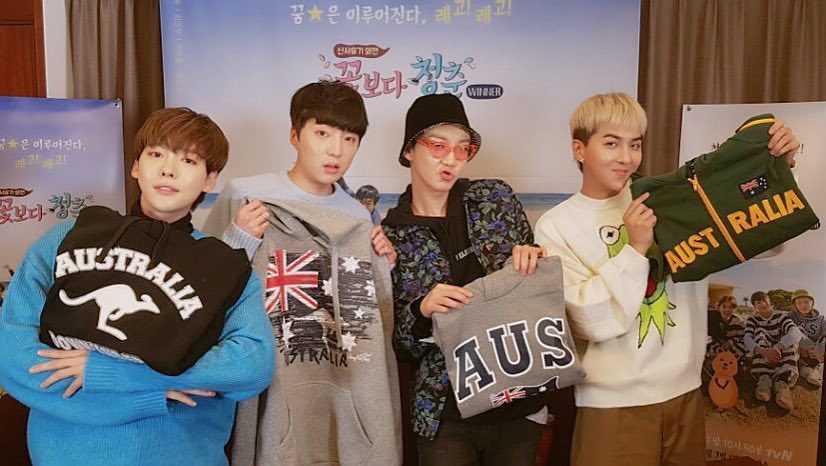 WINNER is off to a strong start with their new reality show!

The group’s new season of tvN’s travel show “Youth Over Flowers” aired its first episode on November 7. The premiere achieved impressive ratings, recording an average of 3.4 percent and a peak of 3.9 percent. Additionally, the show performed well with viewers ages 20 to 49, widely considered to be the key demographic for advertisers.

“Youth Over Flowers” also took first place in its time slot, an especially remarkable feat considering that the show airs on cable and not on a public broadcasting network.

The show’s premise revolves around WINNER traveling through Western Australia, enjoying the beautiful scenery while also struggling to make ends meet on a daily budget of only 100,000 won (approximately $89.76) per person. The four members must obtain their own food and lodgings, with only their limited budget to cover all their expenses.

The premiere attracted attention for its elaborate hidden camera prank, which involved the producers tricking WINNER into thinking that they were filming a car commercial. In reality, they were being whisked off to the airport to begin filming for the show.

Will WINNER manage to fend for themselves in Australia? The next episode of “Youth Over Flowers” airs on November 14 at 10:50 p.m. KST!