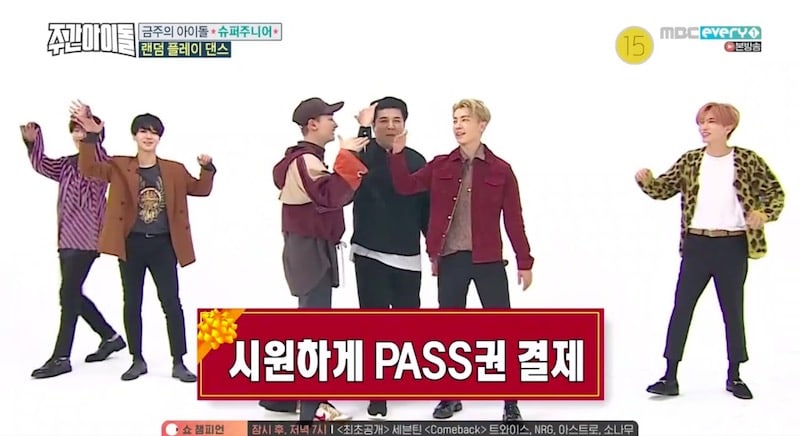 The guys have had less than great success with the game before when they appeared on the show, and they gave it another shot during their latest guest appearance.

Naturally, the members employed their well-honed variety skills to try to negotiate with the hosts throughout, and Jung Hyung Don and Defconn agreed to take out “Sexy, Free and Single” since they haven’t done the full choreography in so long.

Later on, as soon as their 2012 song “Spy” came on, the guys all hilariously yelled out in unison, “Pass!” Nevertheless, the choreography to their early songs like “Miracle” and “Twins” seemed to be unforgettable for the members.

Find out how Super Junior does in their challenge, and enjoy this walk down memory lane, in the video below!