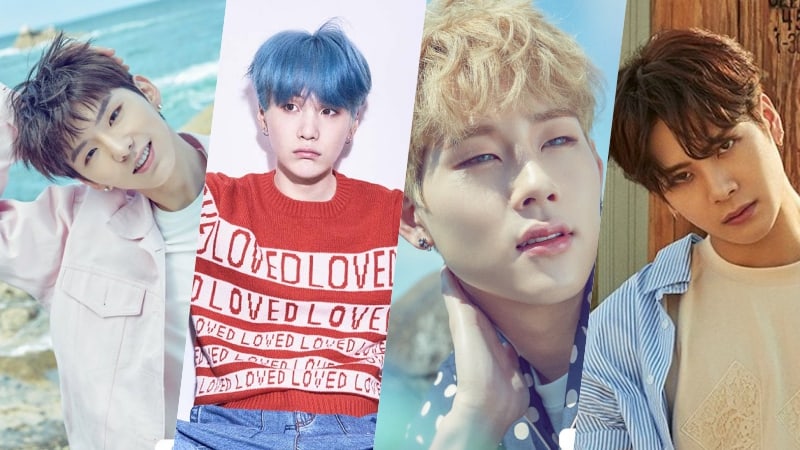 MONSTA X’s Kihyun And Jooheon Talk About Their Friendships With BTS’ Suga, GOT7’s Jackson, And More

MONSTA X members Kihyun and Jooheon recently hosted the KBS Cool FM radio show “Kiss the Radio,” and talked about some of their fellow idol friends!

While they hosted the show on November 8, a fan sent in a message about a longtime friend of theirs. Jooheon then asked Kihyun if he has any friends that he would want to meet up with if he had the chance, even though they haven’t been in contact a lot lately.

Kihyun couldn’t think of someone off the top of his head so threw the question back to Jooheon. “I have one for sure,” replied Jooheon, before doing one of his spot-on impressions of Jackson. He added, “I haven’t been able to be in contact with Jackson but he’s someone I definitely want to meet up with.”

“We had our show-con recently, and Jackson sent a wreath,” said Jooheon. “I’d like to take this opportunity to say how grateful I am.”

Kihyun said that BTS’ Suga also sent a wreath for their show-con. “It came under his company’s name,” he explained, and thanked Suga before adding, “I’m not sure if you’re listening, but thanks.”

Jooheon explained that it’s because the timing never works out when they try to contact each other. Kihyun laughed and said he remembered a time when Jackson and Jooheon had seen each other and Jackson had yelled, “Why don’t you answer my calls?!” leading Jooheon to ask him the same thing.

Jooheon then asked Kihyun what he usually talks about with Suga. “Suga and I are both busy, so when we’re doing the same concert, we’ll meet if we’re staying in the same hotel,” he said. “We’ll talk for a bit in a hotel room about the things we haven’t been able to talk about.” He then admitted with a laugh, “We talk a lot about our health. We’ll ask each other about our health, because since we’re busy it’s easy to get hurt.”

Later on in the show, Jooheon mentioned that he’s friends with Boyfriend’s Jeongmin and said they like to go to karaoke together. They also played GOT7’s “You Are” and Jooheon said that he’d liked the track ever since he heard a preview because he’s friends with JB, who co-composed it.

MONSTA X made a comeback with their new mini album featuring the title track “Dramarama” on November 7.

Thanks to desikyu for the tip!

GOT7
MONSTA X
BTS
Jackson
Suga
Jooheon
Kihyun
How does this article make you feel?