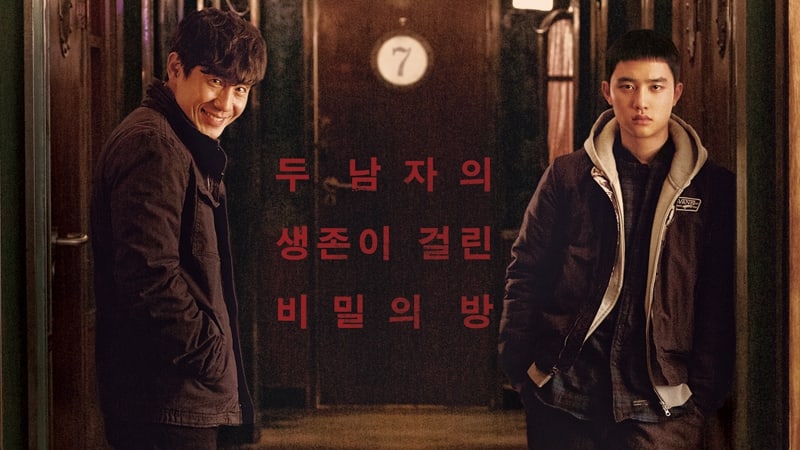 Shin Ha Kyun appears as the owner of a DVD room in Seoul, while D.O. plays the role of his part-time employee. The two men try to hide their secrets while trying to survive.

In a press premiere and press conference for the film, Shin Ha Kyun praised his co-star. The actor said, “I worked with D.O. for the first time, but it was very comfortable. He came well-prepared and was good at ad libs, so it was fun [filming] and he did well.”

“Room Number 7” will premiere in theaters on November 15. Take a look at the released stills here!