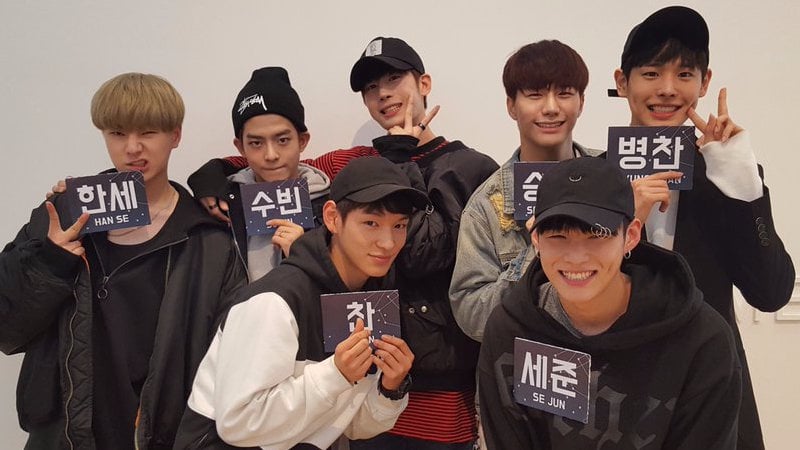 The talented seven-member group debuted last year on November 9 with “I’m Fine.” They prepared a special gift for their fan club ALICE by revealing their official light stick along with a cute video.

Below is an image of VICTON’s light stick, which is set to become available in February 2018.

The video below compiles some precious moments leading up to VICTON’s official debut. The members film themselves practicing their singing, dancing, and rapping as they get ready to enter the music scene.